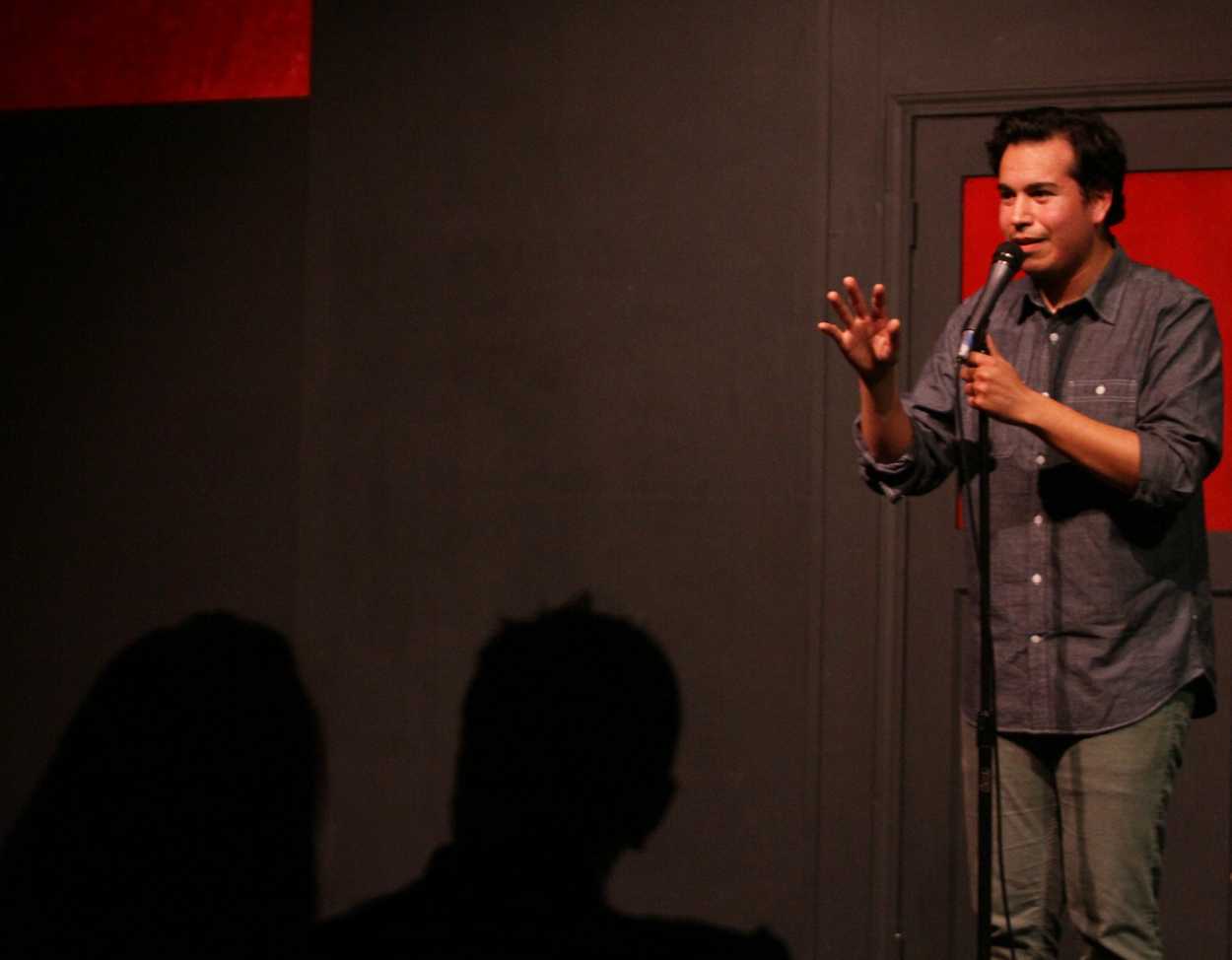 For a good comedian, the simple things we don’t think about often make for the best jokes.
“I want to meet the one dad that has five very successful heterosexual sons, but is just really disappointed because he didn’t get the one gay son he has always wanted,” jokes Alfonso Portela, former American River College student and aspiring comedian. “You could have been a dancer, you could have been on Broadway. You could have finally won this family a Tony.”
Before thoughts of becoming a comedian, Portela, also a talented drummer, was on the verge of moving to Los Angeles to pursue a career in music.
“I was moving to LA to be a musician.” Portela says, “That was one of my things I wanted to do.”
During his time at ARC, from 2008 through 2009, Portela took music and general education classes.
In the back of his mind, however, he knew comedy has been one of his passions since he was a child. “I thought, ‘man, I want to do comedy,’” Portela says. “If I become a musician, I’ll never be able to do it.”
He decided to preform at an open mic at Sacramento’s Comedy Spot in Downtown. He used material from a one-man cabaret show that he had written in his first comedic experience.
“The open mic went really well,” Portela remembers, “My parents showed up, so it was a good first experience. I didn’t suck.”
Ray Molina, a fellow comedian of seven years and now a good friend of Portela’s, was at the open mic as well.
He remembers Portela’s natural ability to perform. “A lot of people [have to] work through their insecurities. He [was] already confident in himself as much as he could be,” says Molina.