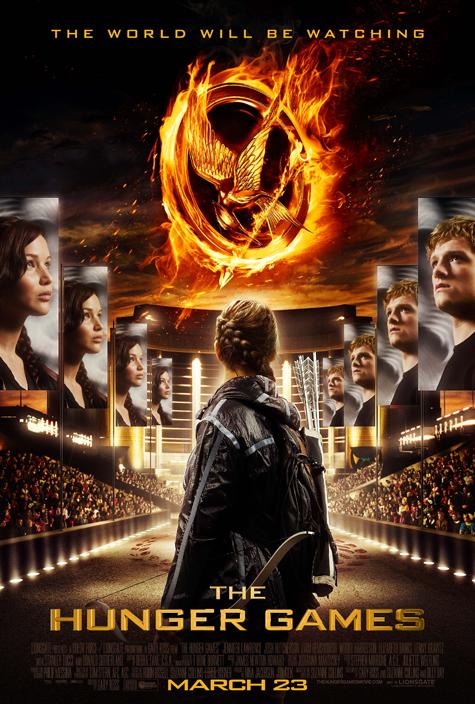 An oppressive government. A struggle to survive. Unrequited love. Fights to the death. It all adds up to “The Hunger Games.”

“The Hunger Games” is a novel that was released on Sept. 14, 2008 by Suzanne Collins. More than 11 million copies of the book have been sold, and many people are anticipating the movie adaptation which comes out March 23.

The book has won 25 awards including No. 1 New York Times Best Seller, No. 1 USA Today’s Best-Selling Books, and Amazon’s Best Books of 2008.

The movie has already passed the presale record that was held by “The Twilight Saga: Eclipse,” but has yet to beat the all-time record that is currently held by “Harry Potter and the Deathly Hallows — Part 2.”
The Hunger Games are held once a year in the post-apocalyptic world of North America. The story is told by Katniss Everdeen, and revolves around her experience with love and a struggle to survive in order to get home and be with her family again.

With the book being so widely popular, the stars of the movie will very likely be known best by the role they are taking on for most of their careers.

According to The New York Times, Jennifer Lawrence was completely fine with taking the role of Katniss. “If someone comes up to me and says, ‘Are you Katniss?’ I’m OK with that. Because I love this character and this book so much.”

Many are saying that “The Hunger Games” is the new “Twilight” among teens, but is it really? The story revolves more around a young girl that holds her family together, not a girl that’s dull and has no self-confidence whatsoever. There are no vampires or werewolves in this story, just ordinary people doing ordinary post-apocalyptic things.

“The Hunger Games” movie trailer holds high expectations. According to The Huffington Post, most of the early showings have been positive. Collins said, “I feel like the book and the film are individual yet complementary pieces that enhance one another.”

Adults and teens alike are attracted to the book because of the confusion that they went through or have been through as teenagers themselves. It’s the awkward stages of growing up that the reader relates with.