Sugarland show leaves a lot to be desired 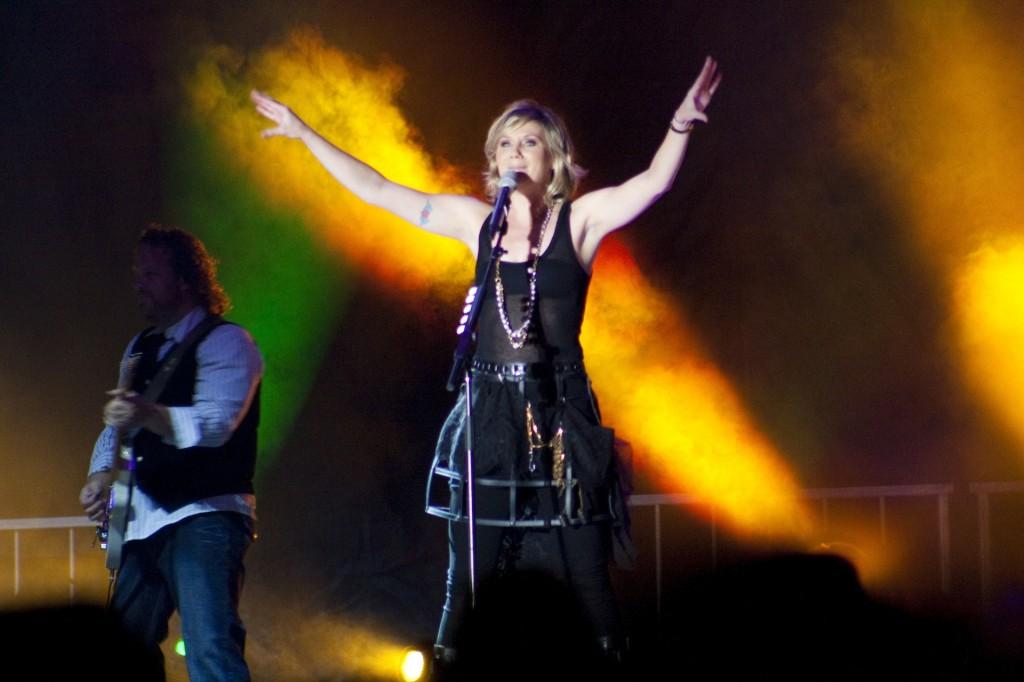 In the midst of their “The Incredible Machine” cross-country mega-tour, the normally vivacious country mega-stars Sugarland shuffled onto Sacramento’s Raley Field on Aug. 25, 2011.

The Grammy-winning duo consisting singer-songwriter Jennifer Nettles and guitarist-vocalist Kristian Bush promised fans an “exciting live experience” complete with pyro-technics, large monitors and an elaborate stage set on their Web site prior to embarking on the nation-wide trek.

For the multiple stops that preceded their tour buses entering the state of Indiana – Sugarland wowed audiences with a fun, engaging live concert performance led by their current chart-topper “Stuck Like Glue.”

The duo was set to perform at the Indiana State Fair just minutes before high winds caused lighting, rigging and speakers to dismount resulting in the stage set’s fatal collapse.

Sugarland sent out tweets to fans asking for their prayers and canceled their next show. But it was a letter, sent out by Nettles and Bush after the incident in which they explained what they went through during the tragedy that killed members of their touring crew, that left me scratching my head as I passed through the turnstiles and entered the stadium.

Replacing all the destroyed pyro-technics and gigantic monitors was a simple black background – a hauntingly dark reminder of the 12-day-old fatal accident.

Sugarland took the stage at 9 p.m. in front of a crowd of 9,000 fans. Their performance lacked the visual gravitas that was both promised and expected.

Anchored by lead singer Jennifer Nettles, Sugarland raced through its index of hits in just 45 minutes.

Their repeated invitation to join the “Sugarland party because it’s not a party otherwise!” was largely ignored by those in attendance.

Nettles most certainly can be a dynamic singer with a strong vocal range that is more akin to Bonnie Raitt than to Dolly Parton. Vocals aside, Nettles’ stage banter and showmanship left much to be desired.

A singular mention of the tragedy that occurred at the Indiana State Fair came when Nettles reluctantly acknowledged a hand-made sign with “INDIANA” written on it being held up by an audience member.

But there was a song dedicated to the victim’s memories or a moment of silence at least, right?

I suppose such acts must not take place at a “Sugarland party.”

The evening’s concert did thankfully have a saving grace in the form of Eureka-native Sara Bareilles. The singer-songwriter did not need a fancy stage set to get the audience’s attention.

Bareilles’ eight-song opening set was pure punchy, piano-driven pop. After the audience helped Bareilles by hand-clapping the chorus to her hit song “King of Anything,” Bareilles expressed her love for Sacramento.

For an opening act that burst onto the music scene a few years ago with her irresistible first single “Love Song,” it was not a stretch for audience members to reciprocate that love. Mark my words – Sara Bareilles is a name that will roll off your tongues in the months and years to come.

The semester’s first week of fall classes at American River College had passed. Students looking at months of homework, mid-terms and assignments seemed to share the desire I possessed for a live musical reprieve.

Desire aside, the result of the evening was an “incredible” disappointment.

Standout songs: “King of Anything,” “Love Song” and “Gonna Get Over You.”

Standout songs: “Stuck Like Glue,” and “All I Want To Do.”