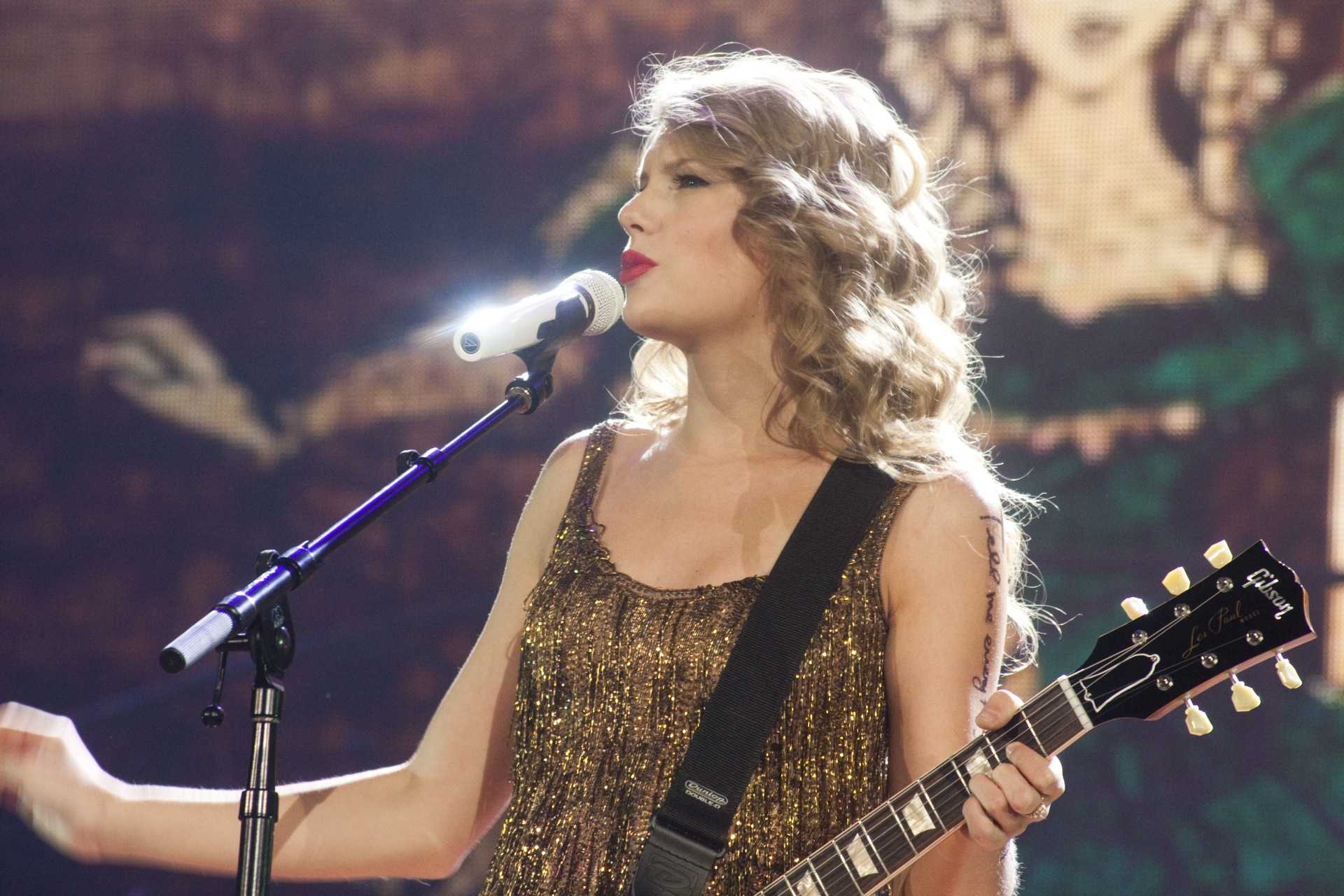 Taylor Swift entertaining her fans on her "Speak Now" tour at the Power Balance Pavilion in Sacramento on Sept. 3, 2011. (Photo by Bryce Fraser)

The singer-songwriter, more popular now than ever before, has big expectations to live up to on her “Speak Now” tour.

Taylor Swift brought her 2011 “Speak Now” tour to a sold-out Power Balance Pavilion on Saturday, Sept. 3, leaving no stone unturned in a two-hour performance. Explosions, pyrotechnics, and confetti showered the crowd as she sang, danced and played multiple instruments throughout the show. The spectacle can best be described as Cirque de Soleil Taylor Swift.

The performance was a far cry from Swift’s first major headlining “Fearless” tour. Cirque de Swift featured an older and wiser singer-songwriter. Gone is the innocent girl who previously always performed clutching her glittered guitar like a little girl clinging to her teddy bear for comfort.
Swift appeased her fans by performing songs from her ever-growing list of chart-toppers including “Mine,” “Fifteen” and “Mean.”

A surprisingly savvy Swift winked and smiled at the camera throughout the show. The concert’s opener, “Sparks Fly,” launched an evening that progressed at a frantic pace.

A single spotlight on her, Swift stood for 30 seconds acknowledging the screams of her fans – many of which were holding hand-made signs professing their heartfelt love for the singer.

Swift was at her best while seated at a piano or with a guitar strapped to her.

A highlight of the show occurred when half a dozen violinists played a beautiful introduction to “Enchanted,” which Swift finished seated at a white piano that emerged from beneath the stage.

The four-time Grammy Award-winner made her way through the crowd to a smaller stage set up at the opposite end of the pavilion, happily shaking hands with overwhelmed fans much to the ire of the four security guards surrounding her.

Cirque de Swift finished the show with a bizarre piece of pageantry.

She banged on three large golden bells with a long mallet. Trading the mallet for a microphone, Billboard Magazine’s “Artist of the Year 2009” continued to prove herself as she launched into her closing number while the bells rose toward the rafters behind her. Dancers emerged with ropes attached, spinning mid-air in choreographed sync with Swift.

“Thank you, Sacramento – I love you so much,” a breathless Swift emotionally told the crowd before introducing her band mates and dancers.

Ten minutes of screaming counted down the encore.

Swift, dressed in the most beautiful gown of the evening, boarded a gondolier that hoisted her high above the crowd as she sang her smash hit “Love Song,” and circled the pavilion giving everyone in attendance one final chance to be close to their idol.

L.A.-based reggae band reflects on career at the start of its recent tour