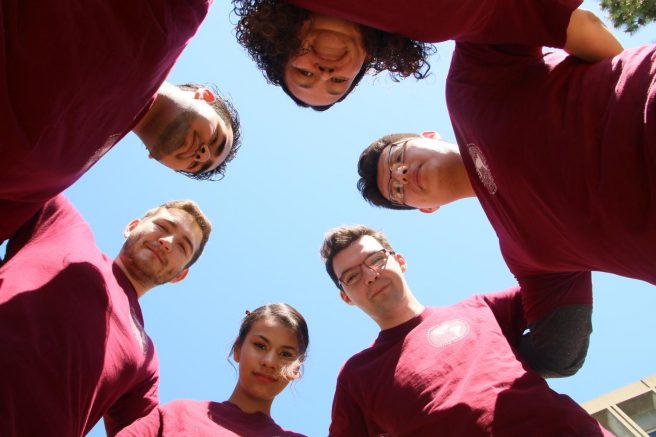 The idea for the Latinos Unidos Club started back in the ‘70s, when Latinos students felt the need to have a support on American River College campus and also promote events like traditional holidays and parties.

According to the adviser for the club, Ricardo Caton, in the beginning the club supported Mexican American students. Once they saw how the Latino community in general needed support, the members of the club decided to open it up for all Latinos on campus and the outside community.

Caton is one of the current advisers and mentors for the club and he emphasized the importance of the Latinos Unidos Club for ARC and local Latin American communities.

“Your job in the club is to provide a sense of community so that Latinos, and just general population, is interested in Latin America issues,” Caton says. “And try to reach out to the Latin American communities as much as possible and give them our support.”

According to Caton, the club’s purpose isn’t just to promote or give the local community support, but also to try to help other communities in countries around the world. Recently, the club helped hold a fundraiser for the victims of Puerto Rico’s Hurricane Maria and the Mexico City earthquake on September 9, 2017.

According to Helen Handy, vice president of Latinos Unidos Club, they embrace all kinds of different races to not exclusively Latinos but people around the world who are committed to helping out, promoting events and standing for the cause.

Handy emphasized how important it is to have help from the other students who are not Latino but believe in the cause of the club.

“You can be any kind of race, what really matters is to show we are all one, we are all together in the cause, we just got to be strong and be heard out there and try to reach out (to) as many people as possible,” Handy says.

A good example of how the club has expanded and embraced everybody around the world is computer science major Fabian Radu, from Romania, who says he enjoyed the club last fall.

Radu says that the Romanian culture shares a lot of similarities with the Latino culture, and he doesn’t see many Romanian people on campus.

“Surprisingly there are a lot of similarities in our cultures, that’s what brought me here and I think I can learn a lot,” Radu said. “The similarities between Latino culture and Romanian is the behavior, a little bit of the music and I think the most part it’s our ideals [that are] the same.”

Maria Elena Sepulveda, treasurer for the club, also explained the importance of the club for ARC and the community.

“The club stands for everybody that falls under the blanket of Latino to come together and share your cultures and ideas and how they are similar and different from one another,” Sepulveda says.