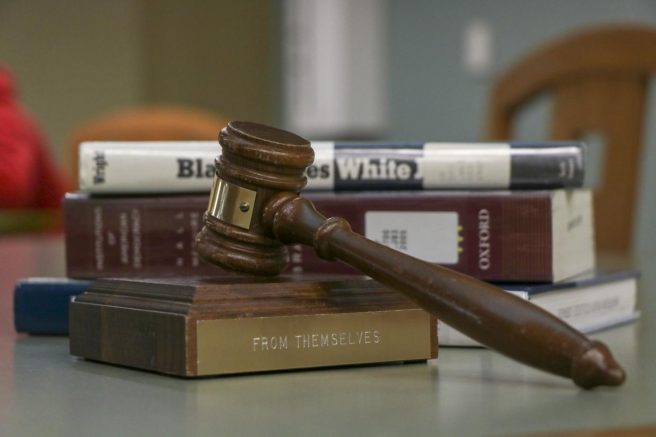 American River College is currently the only college that has a Legal Assisting Program in the Los Rios Community College District. (Photo illustration by Makenna Roy)

A change is coming.

In the near future the American River College Legal Assisting Program will be changing its name to Paralegal Studies, according to department chair Asha Wilkerson. The program is changing its name because although legal assistants and paralegals are the same thing, the term paralegal studies is more widely recognized.

Currently, ARC is the only college in the Los Rios Community College District that has a paralegal program approved by the American Bar Association; the next closest California community college that has been approved is in San Francisco.

The ARC Legal Assisting Program is a paralegal training program that prepares students for jobs as assistants to attorneys. A legal assistant works on many tasks, from researching case law and statutes that are relevant to a case, to writing and preparing motions that go before a judge.

Wilkerson says that ARC’s program gives students who do not already have a degree the option to obtain an Associate of Arts in legal assisting or paralegal studies. Even students who have an AA can widen their knowledge of the law.

“Even though I encourage everyone to go on and get a four-year degree, entering the legal profession with an AA in paralegal studies allows you to increase your earning potential significantly even though you don’t have that four-year degree yet,” Wilkerson says.

While Wilkerson comes from the business side of law, she says she has always had a passion for education. During law school she taught a class on street law to high school students, where the law is broken down in a way for kids to understand. When she graduated, Wilkerson began to look for adjunct teaching positions.

“Law touches everything we do,” Wilkerson says. “From your rights as a student … to your rights with police officers … the more that you learn about the law the more empowered you are in every other aspect of your life.”

April Battaglia, currently in her last semester with the program, says her experience over the past two years has been enjoyable. Battaglia says her time in the program is what has inspired her to take the Law School Admission Test and apply to law school.

“The best part of the program is the work product we take with us,” Battaglia says. “[Students] leave with pleadings, briefs, contracts, corporate handbooks and many other legal documents we created ourselves, that can be used to demonstrate our ability as paralegals during interviews for jobs.”

“When I complete the program, I will continue looking for employment as a paralegal in criminal and family law practices in and around Sacramento,” Battaglia says. “I plan to apply my education in the community where I earned it.”

Alvaro Solis is in his second semester with the program and sees his time in the program being a link towards his future law career. For Solis, the program gives him the opportunity to gain more knowledge of the law and network with different law firms.

“It is important to have a program like this in the community, to have more educated people who might not have decided [on] law school yet but they get the [chance] to work in an environment with lawyers,” Solis says.

The Legal Assisting Program is currently housed under the Continuing Education Department at ARC. According to Wilkerson, while in the program students gain practical skills in an office profession and these skills have an unlimited potential for job opportunities in other career fields.

The Legal Assisting Program requires students to complete 30 units of legal assisting courses in addition to the ARC general education and competency requirements. If a student has already fulfilled their GE requirements, the program can be completed in as little as one year, with the student going to school full time.

“Even if you take just the intro class to see what [legal assisting] is, you will learn so much about how the world operates,” Wilkerson says.