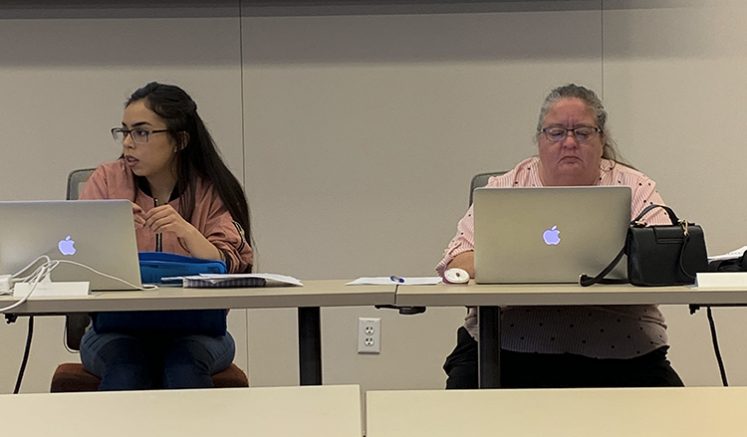 The American River College Associated Student Body Senate held its first meeting of the spring 2019 semester on Feb. 2 to approve a new bill that will provide funds for healthy foods.

Bill S19-01, written by Senator Laurie Jones, would allow ASB to donate $500 of healthy foods during finals for this semester. This bill was approved unanimously, 6-0, and includes the Natomas and McClellan campuses.

ASB Advisor Brett Sawyer said that if there is money that is not spent from last semester, it will transfer over into the new one.

“All of the funds are still intact,” Sawyer said. “Some bills were passed but not all of them had money spent on.”

Sawyer also said some of the money will be spent on the upcoming Club Day, which is scheduled for Feb. 7.

ASB also addressed the idea of bringing a “feminists center” to ARC from the Student Senate for California Community Colleges (SSCCC).

Director of Finance Dallas Vue said that while ARC has a staffed Pride Center, other community colleges in California do not and that a feminist resource center would be great for feminists.

President Rebeca Rico-Chavez called that this topic will be postponed until the next ASB meeting on Feb. 8. She also added that because the Senate had passed it, it will need to be presented to the General Assembly and then voted on by all the community colleges in California.

“Just because the Feminists Center resolution was passed in our Student Senate it does not mean that a Feminist Center will then appear on campus,” Rico-Chavez said.

On Feb. 22, ARC will host the District Student Leadership Retreat. Three other schools are invited; Cosumnes River College, Folsom Lake College and Sacramento City College. This is a meeting where the senators can meet senators from other schools and see what they are focusing on at their ASB meetings.

This meeting can also be useful to determine what other schools use in their ASB or CAEB (Club and Events Board) meetings that ARC could use. According to Sawyer and Rico-Chavez, FLC trades off once a week between CAEB and ASB, but they do not have as many students as ARC.

ASB could change their Friday morning meetings to another time. Sawyer said this might be difficult because many students don’t have classes or they work on Fridays and that it would be difficult to get them to campus.

“We’re not trying to change it for this semester, it’s for the next academic year,” Sawyer said. “It’s just brought up for discussion; if it’s working, great, if not, let’s explore other times where we can accommodate more students.”

According to Sawyer, the date for the meetings needs to be set soon because the election packets for the school election in April are due by Feb. 25, so that students can make their schedule around the meetings. This topic will continue during the next meeting on Feb. 8.

Lastly, continuing from last semester, ASB is taking action on the number of changing tables available in restrooms. Currently, a committee is studying where the tables could fit and which restrooms on campus are good to use. Sawyer said that the person in charge of the changing tables in restrooms wasn’t at the meeting.

“That committee is still working on trying to identify bathrooms because some of the buildings are older and you open the door and there is no way you could have a changing table in there,” Sawyer said. “They are trying to find what bathrooms are feasible and they are working with Operations on that but Operations is slammed.”

The next ASB meeting is scheduled for Feb. 8.