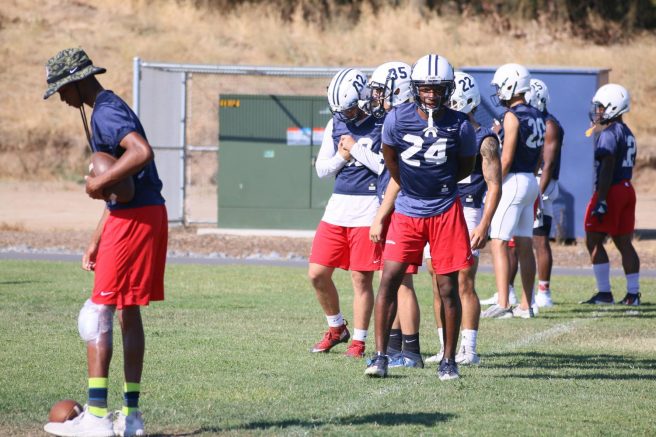 With the American River College football team going 10-2 last season, they now look to getting back to the State Championship game, where they came up just a game short last year, losing to the College of San Mateo, 24-21.

Jon Osterhout says he is ready to start his fifth year as the head coach and eighth year with the team.

“I really like the core group that we have here in place,” Osterhout said. “The culture has been built the correct way, and we see sustainability here currently, and with the incoming crop of freshman and transfers we’ve added on to this program, I think it’s a team that’s built for the right reasons long term, for this 2018 season.”

Osterhout also said that the goal for the program this season is to help every individual and to develop academically, and that the “football will take care of itself.”

“There’s things we sink our teeth in to as a football program, that’s what we call ‘Beaver Ball,’ and that’s being fully committed and engaged to the program on a daily basis, taking a professional approach to academics, to being on the field, the way you interact here on campus,” Osterhout said.

“We really only have four players returning with experience, we’re excited about the returning group, we grey-shirted over 25 players, and with the incoming freshman we feel like we got a very talented group thats just got to jell together and learn the defensive schemes and come out to play hard,” Baiz said. “We feel very confident with the group we have assembled.”

The team, however, had plenty of players leave after the 2017 season, including starting quarterback Hunter Rodriguez and backup Peyton Wifley. They also had many offensive coaches leave and have brought in new ones to start the season.

“We need to improve our pass defense, which would include our pass rush, getting to the quarterback and limiting explosive plays,” Baiz said.

The team will have its season opener on Sept. 1 at home, against Sacramento City College.