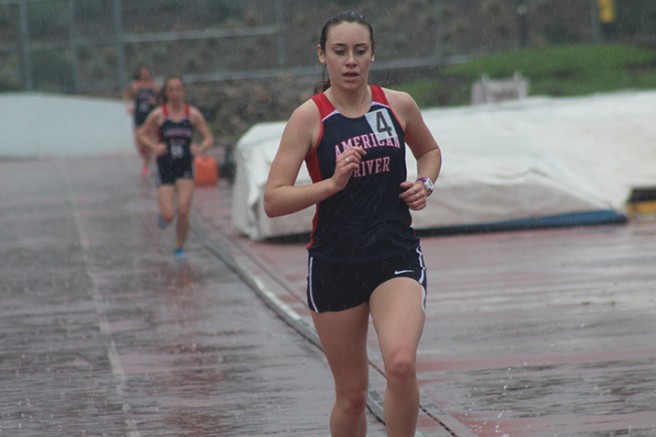 American River College held the 31st annual Beaver Relays on Friday March 4 after the threat of inclement weather pushed the meet up from it’s original date of Saturday March 5.

The last minute change of date meant that several schools who had planned to attend were not able to re-arrange their transportation and were forced to miss the event.

“We lost about three quarters of the schools,” said men’s head coach Rick Anderson. “Typically there are about 16 or 17 schools and we had only seven.”

Anderson also pointed out how track is unique compared to other sports because there are so many people involved in just getting the meet to happen.

“It’s not like a baseball game or a football game where you only have to call one team,” Anderson said. “We have to call seven or eight teams, and 40 volunteers and officials to get it rescheduled.”

Women’s head coach Jeanette Allred-Powless lamented the loss of the other schools, but was confident that the event would go ahead.

“We didn’t have as many teams as we wanted to have so that was unfortunate,” Allred-Powless said. “But we still go ahead because we’ve never cancelled this event in the school’s history. We got most of our events contested so that was good.”

Despite the reduced amount of competitors, the event went ahead as planned and most of the events were completed before the heavy rain came in. 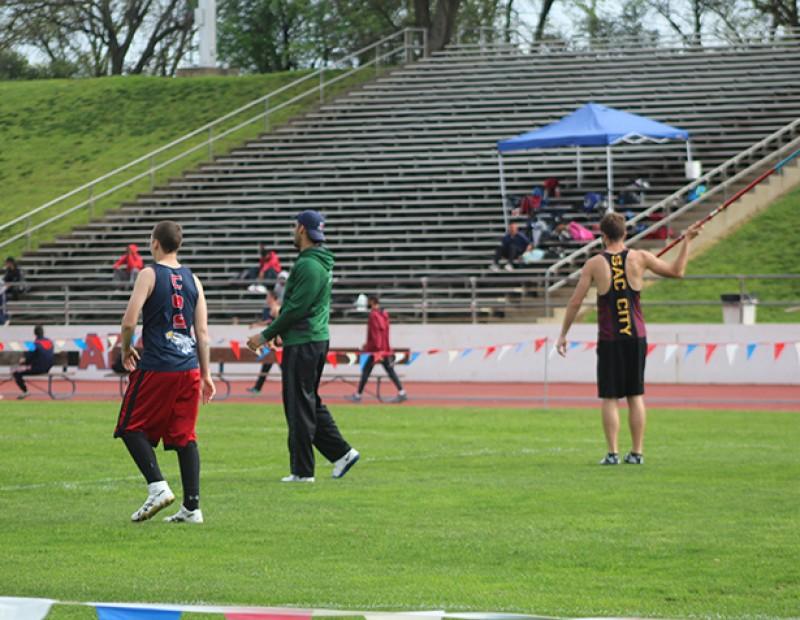 Javelin throwers from College of the Siskiyous, Diablo Valley, and Sacramento City College warm up before the javelin event at the 31st annual Beaver Relays on March 4th, 2016 at American River College. Michael Martin of Siskiyous won the event with a throw of 193 feet and 6 inches. (Photo by Matthew Nobert) 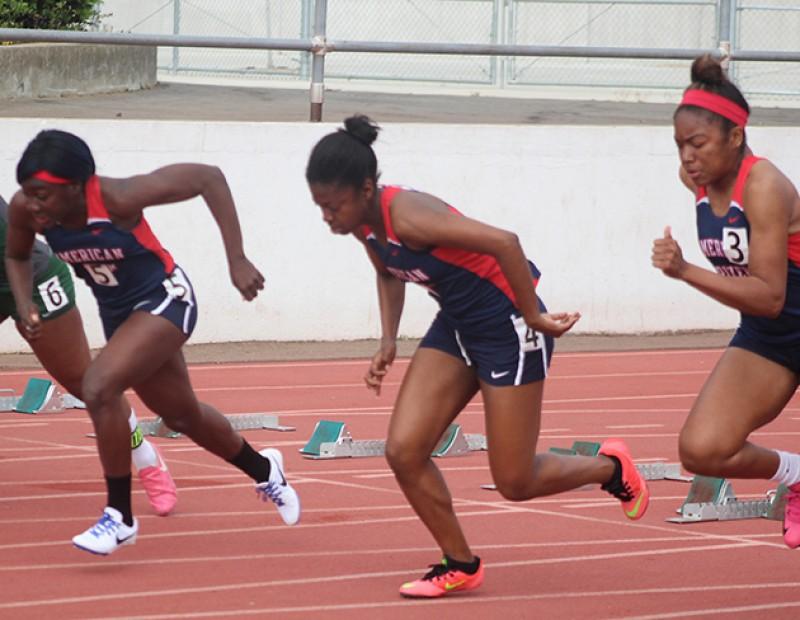 American River College runners Tatiana Bell, Kyleah Johnson, and Stevie Jones take off from the blocks during the women’s 100 meter dash at the 31st annual Beaver Relays on March 4, 2016 at ARC. Tatiana Bell won the event with a time of 12.52. (Photo by Matthew Nobert) 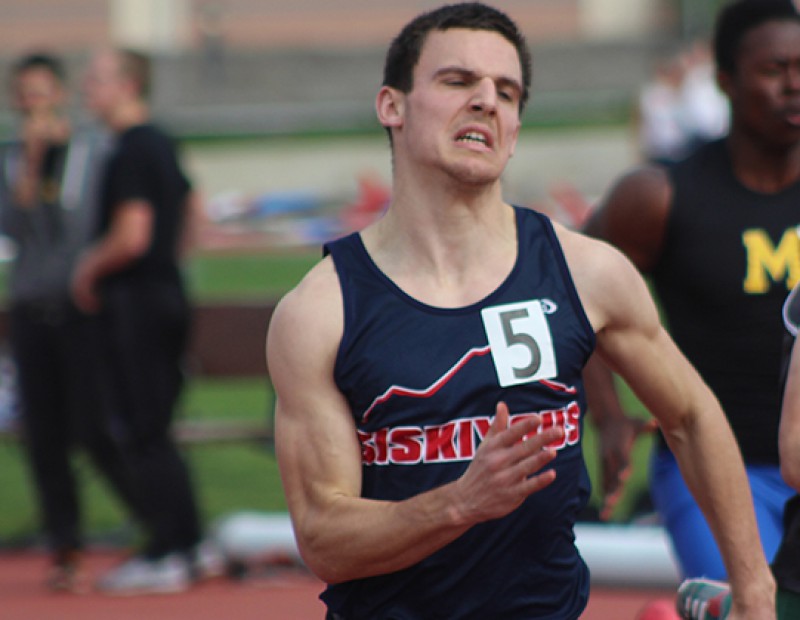 College of the Siskiyous runner Seth Arena runnning down the track during the men’s 100 meter dash at the 31st Beaver Relays on March 4, 2016. Arena finished his heat in first place and finished 11th overall. (Photo by Matthew Nobert) 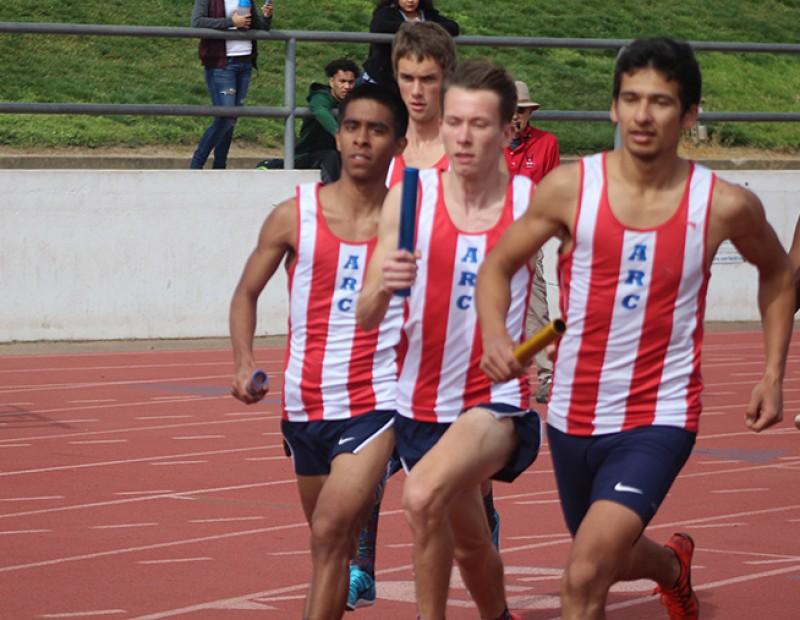 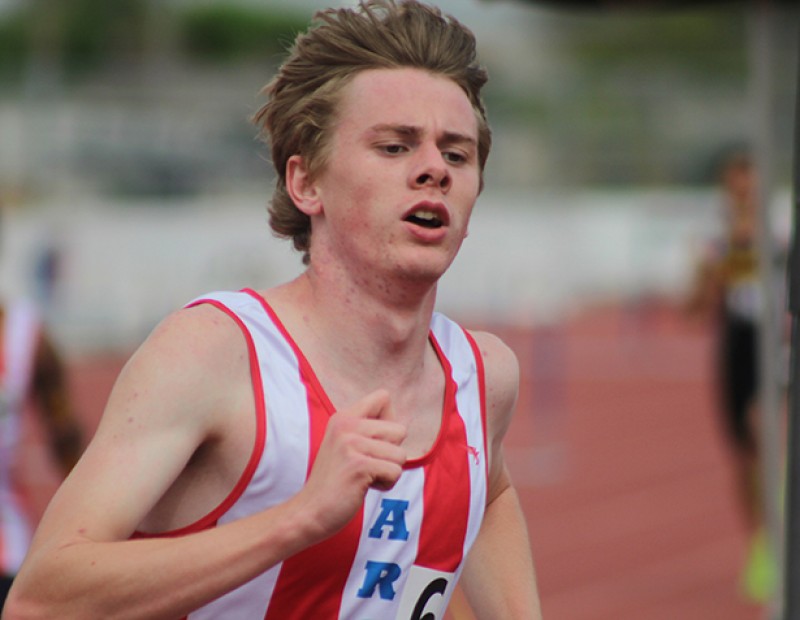 American River College runner Ross Walker runs the anchor leg of the men’s 4000 meter distance medley during the 31st annual Beaver Relays on March 4, 2016. at ARC. Walker and the ARC “B” team finished 2nd with a time of 10:30.67. (Photo by Matthew Nobert) 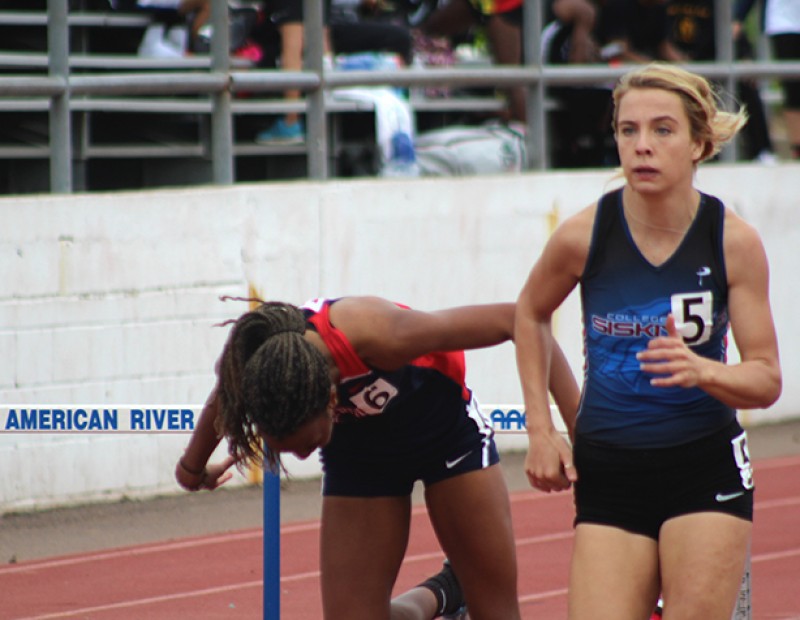 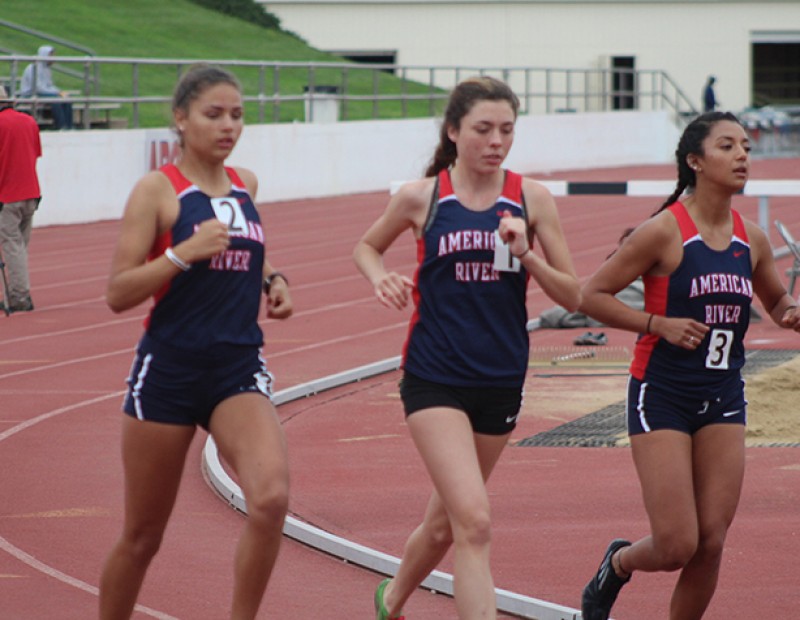 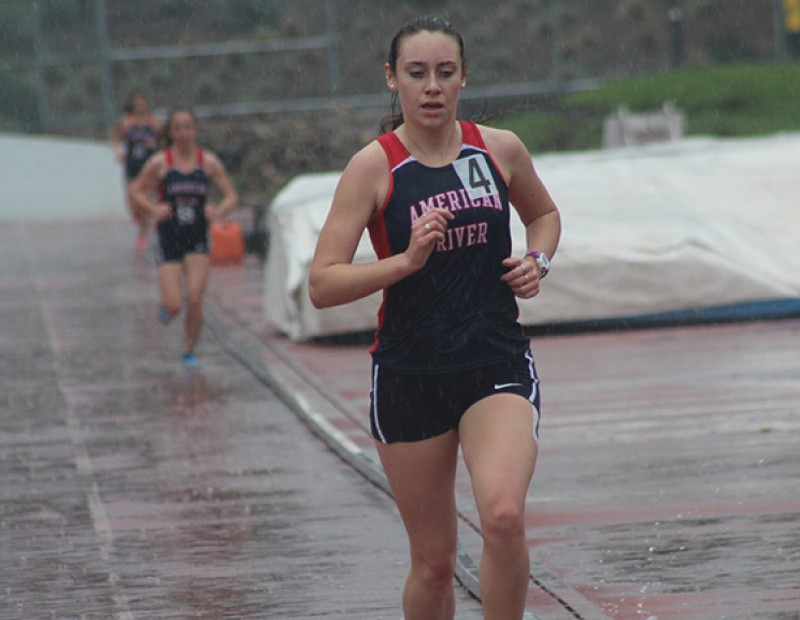 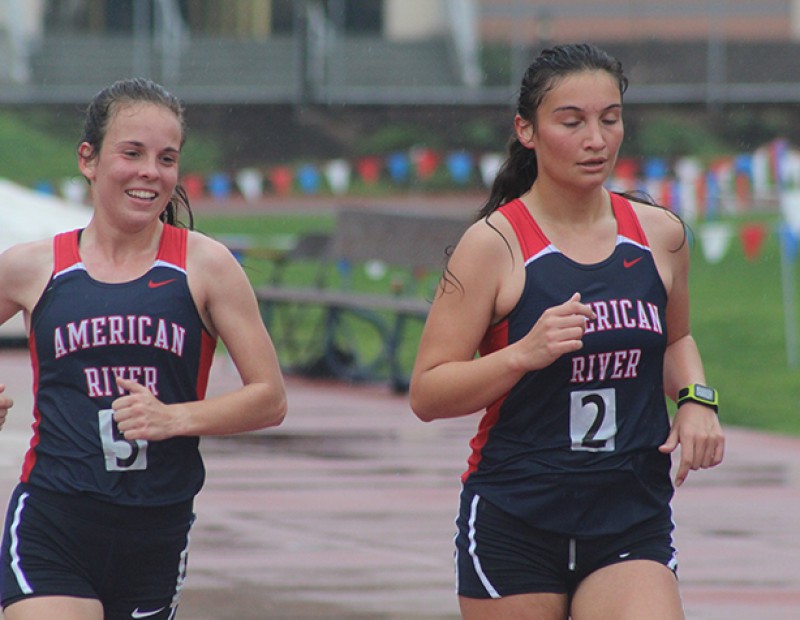 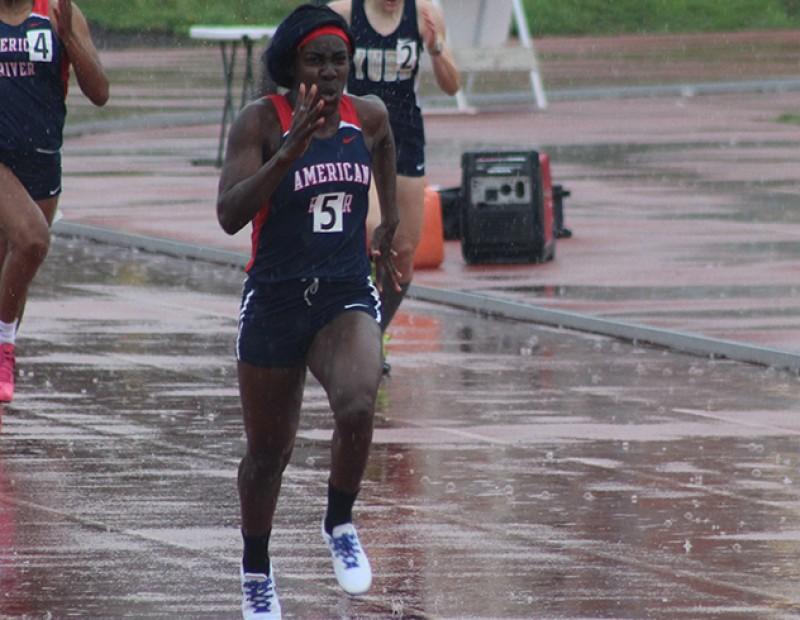 American River College runner Tatiana Bell competes in the women’s 200 meter dash during the 31st annual Beaver Relays on March 4, 2016 at ARC. Bell won the event with a time of 25:97. (Photo by Robert Hansen) 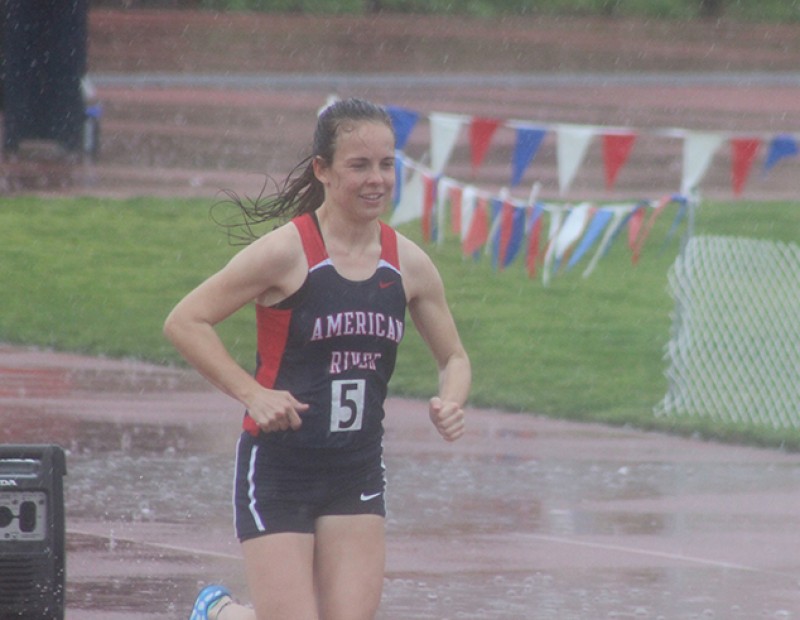 American River college runner Jenica Dodge competes in the women’s 5000 meter race during the 31st annual Beaver Relays on March 4, 2016 at ARC. Dodge won the event with a time of 17:57.01. (Photo by Robert Hansen)

Anderson also said that the rain had an effect because “it still gets your spirits down.”

Allred-Powless said that both the men’s and the women’s team can be serious competitors this season.

“Both our men’s and women’s teams are pretty strong this season and we’re looking to take NorCal and hopefully some more on top of that,” Allred-Powless said. “The key is to keep everybody eligible and healthy and we should be able to do some damage this year.

The next track meet for both teams is the Occidental Distance Carnival on March 11th in Los Angeles.