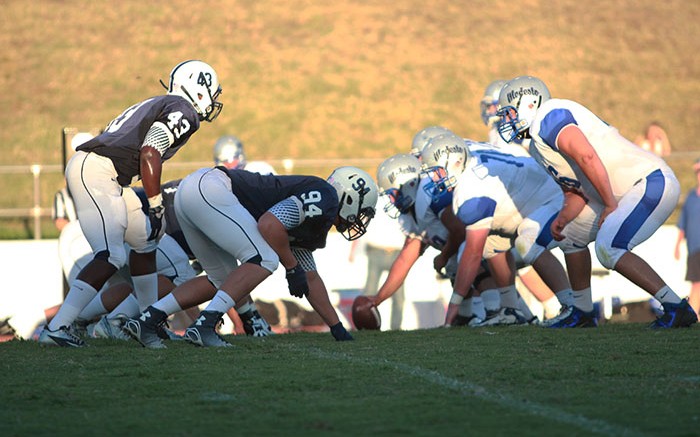 By Kevin Sheridan and Matthew Nobert

After losing on a last second field goal to the Community College of San Francisco, American River College’s football team “can’t wait to get started.”

It will begin its road to redemption on Sept. 5 at Modesto Junior College, who finished the 2014 season 4-6 ranked 16th in Northern California.

Modesto finished last season with the 6th ranked offense in the state with 458.3 yards per game and 225.5 yards rushing per game.

MJC gave up as many points per game, 37.2, as they scored per game.

ARC and MJC played in last year’s opener, a game that ARC won 37-27, holding MJC to 347 yards on offense, its second lowest total of the season.

“We will be using a few new plays that we didn’t use against them last year,” said Baiz.

Modesto’s defense that allowed just 236.9 yards per game through the air.

“Modesto has a unique defense that has quick pre-snap movement, but it sharpens up the team and helps our new players get ready,” said offensive line coach Josh Crabtree.

“Modesto is a good program … but I’m confident in the team and just want to get the next eight practices done to be ready for Modesto,” said Osterhout.