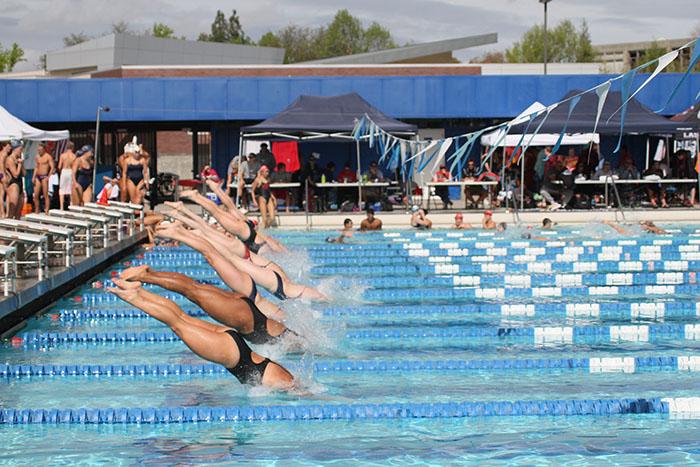 The American River College men’s and women’s swim teams both finished in fourth place at the Big 8 Championships.

Allison Gargalikis and Kelsey Leonard from DVC won Female Athlete for the event.

Female Performance of the Meet was won by Chrissie Adarme, Allison Gargalikis, Kelsey Leonard and Laura Woods, all from DVC.

ARC’s Tiera Kraft won Female Diver of the Meet, the only female swimmer from ARC to win an award, and Santa Rosa’s Jill McCormick won Coach of the Year.

Male Athletes in this event were John Bing of Santa Rosa, Dominic Baldwin of DVC and Eric Maginnis of Sierra.

Performance of the Meet was won by John Bing of Santa Rosa and Dominic Baldwin of DVC.

Male Diver of the Meet was won by Brandon Cox of Sierra, and Coach of the Year was won by Rick Millington of DVC.