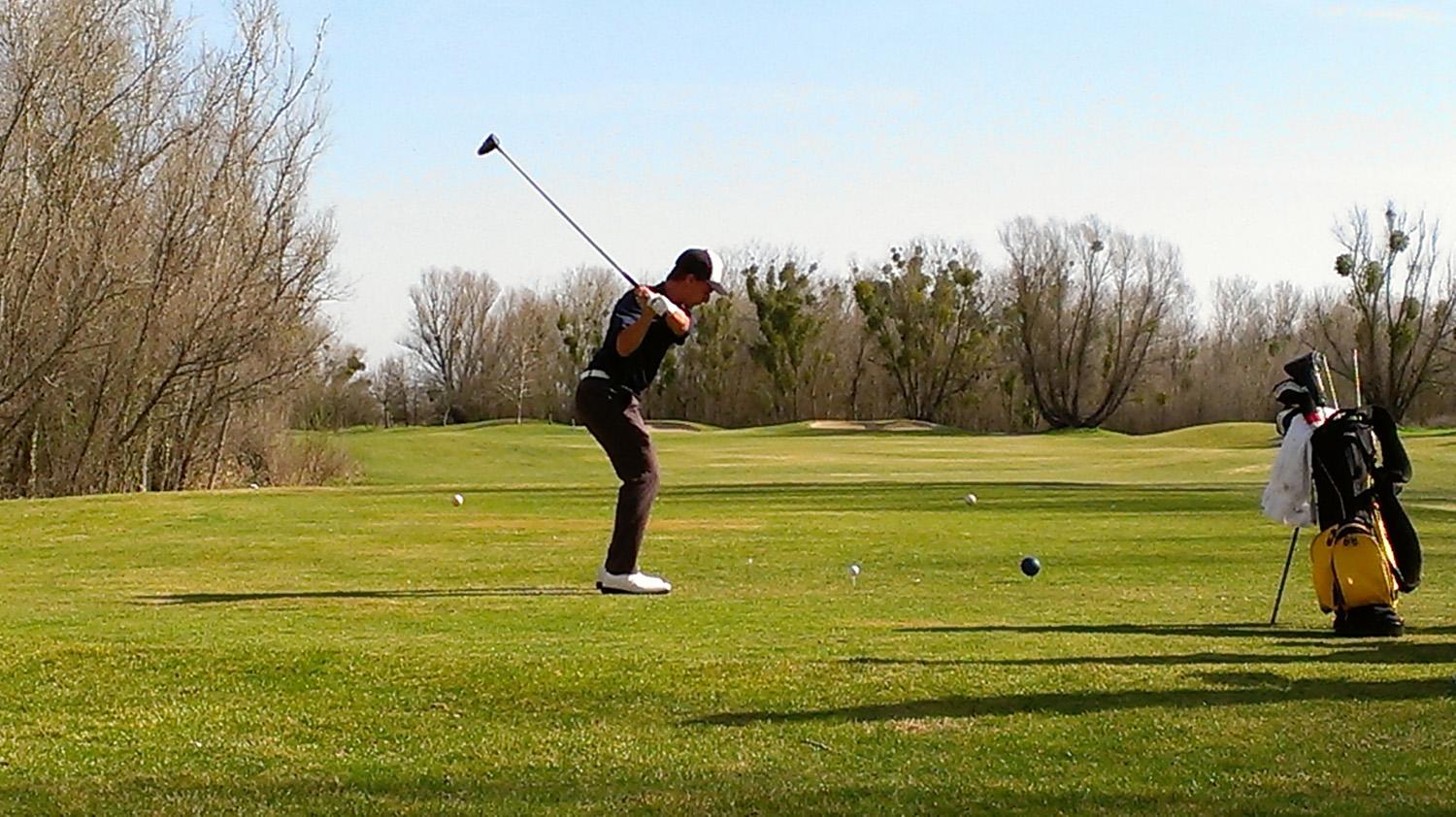 Freshman Colton Passey teeing off at Teal Bend Golf Course in Sacramento on March 9. Passey went on to finish the match shooting an 80.

The men’s golf team’s struggles continue as they teed themselves into a sixth place finish during the Big 8 tournament #3.

The American River College Men’s Golf team played host to the Big 8 tournament #3 at their home course of Teal Bend on a windy March 5 where the men’s team placed sixth.

The tournament started at noon with a different foursome starting at each hole, which is also known as a shotgun start.

There were a total of 42 entrants in the field with six competing from each team with the highest score per team being dropped.  American River College ended up finishing sixth with a team score of 410.

The winner of the tournament was Folsom Lake College who also had the top scorer in Joel Slak who shot a round of 70, which put him two shots under par for the course.

The top scores that were handed in from American River College were from freshmen Charles Klein and Matthew McCartin who each shot a round of 79.  Colton Passey finished out his round shooting an 80.

Tim Kelly scored an 85, Tyler James shot an 87, and Frank Gentile rounded out the squad with a 90.

Colton Passy acknowledge his shots throughout the day but also realized he needed to improve on his total game.

“I had good tee shots, but putting is really where it killed me,” Passey said.  “I tried to stay with it even though I was playing bad.”

There are also some things that he will look to improve upon before his next match.

“Definitely trusting my shot more, I was second guessing cause of the wind, and I wasn’t comfortable playing my shots,” Passey said.

The men’s last golf match of the season will be played Thursday March 21 at Whitney Oaks Golf Course in Rocklin at 12 p.m.

Broken but not bowed