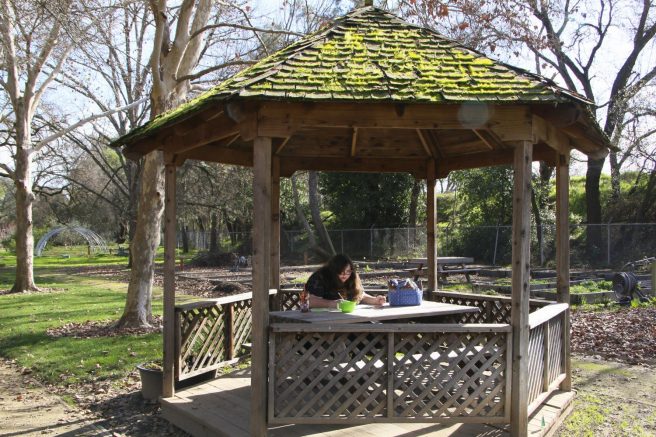 Natural Resources major Angela Davidson draws under the gazebo in the Horticulture Department at American River College on Jan. 27, 2020. (Photo by Joshua Ghiorso)