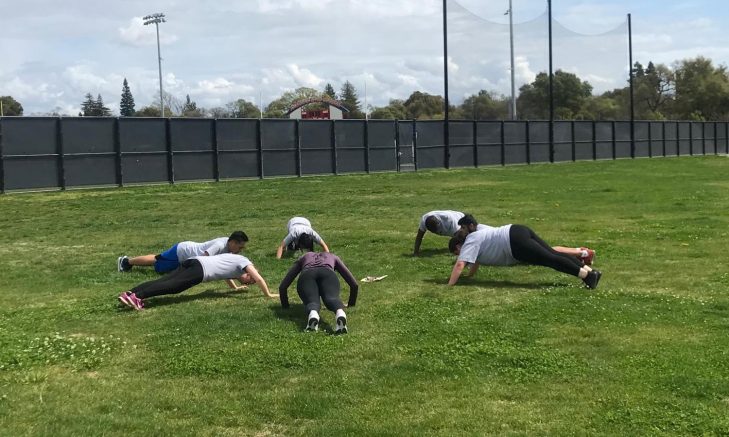 Students in the Boot Camp Fitness class, a class dedicated to putting students through various forms of exercise including strength and endurance training, do pushups as part of their workout near the tennis courts at American River College on March 28, 2019. (Photo by Alexis Warren)