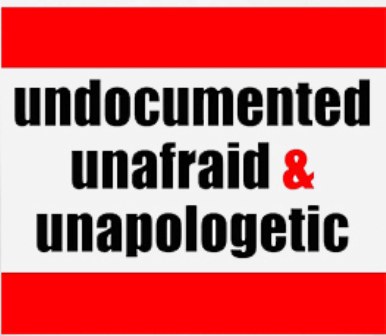 D.A.C.A. is a type of temporary executive level administrative relief against deportation. According to a paper published by the Pew Research Center in 2014, the United States has a long history going back several decades of deferring deportation for certain protected groups. There have been 39 executive grants of temporary immigration relief since 1956. (File Photo)

American River College student Anna came here from the Pacific Islands with her mother when she was 6 years old. Anna, who asked not to use her real name for fear of being deported, says she  had no concept of immigration laws or legal status. She was just a little girl who, along with her brothers, was following her mother to a new life in the United States.

She grew up here, went to school here, made friends here. She hardly speaks much of her native tongue, a few basic words at best. Like many children of the immigrant experience, she of course knows some about the culture of the country of origin, but being an American is her culture
.

The United States is, for the most part, the only country she knows, the only that she has ever known, the country she calls home.

Like all teenagers, when she became of age she wanted to work and drive.

She says she was stunned when her father told her that she would not be able to do so, at least not legally, because she is undocumented.

And then in June of 2012 came President Barack Obama’s Deferred Action for Childhood Arrivals Act, more commonly referred to as D.A.C.A.

D.A.C.A. is a type of temporary executive level administrative relief against deportation.

According to a paper published by the Pew Research Center in 2014, the United States has a long history going back several decades of deferring deportation for certain protected groups. There have been 39 executive grants of temporary immigration relief since 1956.

These grants are most commonly provided  through the system  of “Temporary Protected Status” or TPS.

TPS is granted to a foreign country that has been identified as unsafe for its nationals to return to, usually due political strife, environmental disaster or other conditions that prevent that country from receiving its nationals safely.

From Cubans fleeing Castro in the early 1960s  and again in in the 1980s to Ethiopians, Liberians, Southeast Asians and  Central Americans in the 1970s , the U.S. has granted  temporary deportation relief under TPS orders, some under Republican presidents such as Ronald Reagan and George W. Bush.

When Obama enacted the DACA program, many immigration advocates say they saw that as a godsend, albeit a temporary one, for millions of young people caught in an immigration limbo.

“Many of us felt that we could finally come out of the shadows, we could work, go to school,”
said Moises Serrano, documentary filmmaker and producer of “Forbidden, Undocumented and Queer in Rural America.”

Deferred action is granted on a case by case basis, and while it currently does not provide a direct path to citizenship, the person granted the status is  considered by the U.S. government to be lawfully present in the country for as long as the deferred action is in effect.

But others argue that these numbers are misleading because under the same report from the DHS, the change in numbers is due to a change in how deportations are defined, not in the actual numbers of individuals deported.

Prior to Obama, the vast majority of border crossers who were returned to their country of origin were not treated as formal deportations; they were simply placed on buses under what officials called “voluntary returns,” a program that many referred to derisively called “catch and release.” These removals reached more than one million individuals a year and were not counted in ICE’s deportation statistics.

Even so, DACA was seen by many immigration advocates as  a welcome stop-gap while the Congress struggled to deal with immigration reform.

But now DACA recipients are anxious, and Anna is no different.

“For me, growing up here, I lost my culture, the language basics. I never thought about going back because I grew up here, I just wanted to participate, to help here in America, in California, A lot of the D.A.C.A. students definitely want to take part in the community,”
Anna said.

In the wake of  the recent deportations of Juan Manuel Montes-Bojorquez, and the high-profile detentions of Daniela Vargas, and Daniel Ramirez Martinez, DACA recipients may well have reason to worry.

“DACA will end at some point. We are currently seeing some DACA renewal applications being denied based solely on the discretion of the CIS Officer.  This is very disturbing considering the applicant had renewed DACA twice before.  This may be a new strategy to end DACA without having the President be the bad guy. said Victor Nieblas-Pradis of the American Immigration Lawyers Association.

“CIS officers may just begin to deny renewals based on discretion and slowly end the program.,,DACA is not a law, but a program.  The new administration can end it when they want.  Putting pressure on the new President is the only way.”  added Pradis-Niebla.

Despite the fears, students are coping with the uncertainty in a myriad of ways. For Anna, her faith sustains her and her family.

“For my family, my parents taught me to not be fearful. We always prayed that God would come through for us. Faith and belief made us stronger,” Anna said.

It was not always easy for Anna, outing yourself as undocumented to your peers can be a terrifying experience, she says.

“When I first came here I was really scared to tell anyone, even the counselors about being undocumented….but my high school counselor  introduced me to another counselor here at ARC….who introduced me to the Undocumented and Unafraid club,” she said. “I was so glad, it was like God had opened doors…It opened more doors for me to learn about what is happening in the undocumented community”

ARC has worked hard to address students the concerns of undocumented students, sponsoring events such as a Skype  session with Victor Pradis-Neiblas this past March, and a “Know Your Rights “ session  held on campus on April 26, sponsored by ARC, the American Civil Liberties Union and 5th district Assemblymember Ken Cooley’s office.

In  a written statement this past January, ARC President Thomas Greene committed to “take every possible measure to ensure the safety of all students, particularly those in targeted populations, so that they may successfully achieve their educational and career goals”

“…It lessens the need to call Child Services to take custody of a student in the event a parent is detained or deported by ICE.  If Child Services is involved without a guardian or parents, foster care and possibly adoption is a reality down the line. This is dangerous,” Pradis-Nieblas said.

For Anna and the millions of other “Dream Act” students around the country, the fear and anxiety won’t stop them from reaching their goals and giving back.

“I want to be in engineering, my brother is studying medicine, my cousin is studying law…

especially with all the help that I have gotten here at ARC….just the fact that they want me to do better, I feel like I have to do better because they have helped me so much,” Anna said.

The threat of concussions for student-athletes