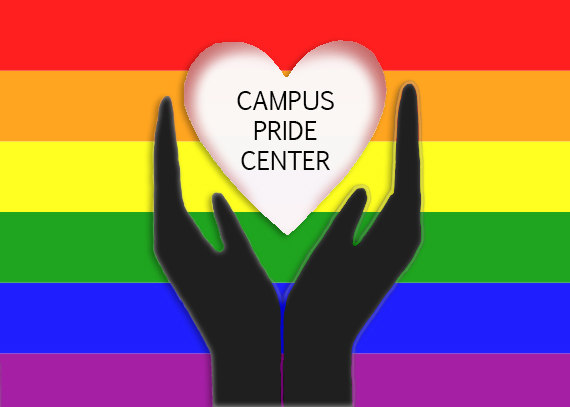 American River College opened a Campus Pride Center for the LGBT community. They are now looking to hire someone to run the center. (Illustration by Lidiya Grib)

ARC is opening an LGBTQ Pride Center on campus as part of its ongoing commitment “to provide a safe and inclusive learning and working environment for everyone at ARC,” according to a recent statement from ARC President Thomas Greene.

The Pride Center is the first throughout the Los Rios Community College District and is scheduled to open early next Spring semester.

It initially will be in the Student Hub, next to the UNITE office. A more permanent home has yet to be determined.

Manuel Perez, Dean of Equity Programs and ARC’s newly appointed LGBTQ liaison, said that “The Pride Center is the result of the hard work and collaboration of the LGBTQ Sub-Committee of the Equity Committee, dedicated ARC staff and students and their allies.”

Establishing a safe, inclusive learning and working environment for the LGBTQ community is in response to nationwide statistics that show from sexual assault to hate crimes, the LGBT community suffers at the rate of twice as much as the general population.

The situation has gotten so bad that it has received legislative attention. The U.S. Department, under Federal Title IX laws which bar discrimination in schools based on sex and gender under federal Title IX laws, clarified in 2014 that Title IX also protects gay and transgender students as well.

Navigating the issues that arise for LGBTQ communities on and off campus was complicated enough in a pre-presidential landscape and school campuses don’t always get it right.

While there is no recent anti-LGBTQ incidents reported on the ARC campus, the Pride Center is designed to help students, faculty and ARC staff navigate the landscape with programs and resources designed and led by the ARC LGBTQ community itself.

According to Perez, ARC is striving to build an effective program from the ground up with input and guidance from students, faculty and staff.

“This came from the community, we said we need this, we want this and it’s being supported at the highest level,” said Perez.

According to a 2006 study of 30 colleges conducted by the Policy Institute of the National Gay and Lesbian Task Force, 36 percent of those surveyed reported having been harassed during the past 12 months, with the abuse generally taking the form of verbal taunts, which was a reported 89 percent from 79 percent of fellow undergraduate students. More than half reported that they have concealed their sexual orientation or gender identity to avoid harassment, and 20 percent said they feared physical assault because of their sexuality.

The same report states that LGBTQ students feel that nationwide, college campuses are not safe or welcoming of them with reports of harassment and physical violence by peers as well as derogatory comments by professors and coaches. Police and campus officials often do not take these inicidents seriously and may make LGBTQ students less likely to finish their education.

The Pride Center will provide a space to deal with these using UNITE’s model of support, retention, intervention and resources dedicated to LGBTQ issues.

“We really need this. I am out to my friends, but not to my family, I would be disowned”  said Jan B., an ARC student who requested we not use her last name, “I need a place where I can be myself, and it’s not always easy, not even on campus.”

The Pride Center is scheduled to open in Spring semester of 2017.

For more information on ARC’s Pride Center, contact Manuel Perez, ARC Dean of Equity Programs and ARC LGBTQ Liaion at (916) 484 -8925 or email him at [email protected]