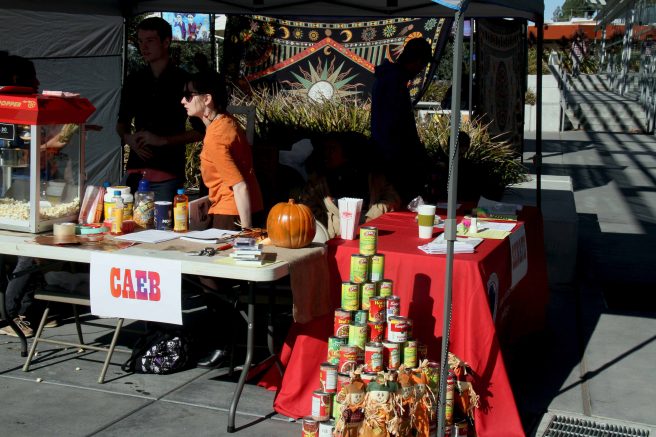 Club Day was held in front of the ARC book store in the quad on Nov. 17. The event was brought together by the ARC Clubs and Events Board (CAEB) who was also hosting a canned food drive during the event.

The food drive, which is running through Dec. was also taking coats for the cold winter.

CAEB plans to give out the cans around campus once they figure out the locations to do so. They plan to continue the food drive until they can get a program for a food pantry set in place.

The Center for Leadership and Development across from Starbucks in the Student Center will be taking any cans or coat donations.

The goal of club day is for the attending clubs to get their message out and recruit new students to join their clubs.

ARC student, Wendy Callejas said that she likes how students can “interact with different clubs and ideas.”

ARC student, and Undocumented and Unafraid Club president, Juan Maciel Montoya weighed in on what he likes about club day.

“I like the welcoming environment and how (club day) brings everyone together regardless of differing views,” said Montoya.

Along with the clubs there was food and games at the event to peak student’s interest.

Among the food there was a booth called “Farm Fresh to You” that advertises fresh organic produce for students.

“Farm Fresh to You” is a program that students can subscribe to for fresh organic produce. You choose the frequency you get a crate of produce delivered to you, and you choose how much you get.

“We are literally the best,” said Alexander Thomas, who was there representing “Farm Fresh to You.”