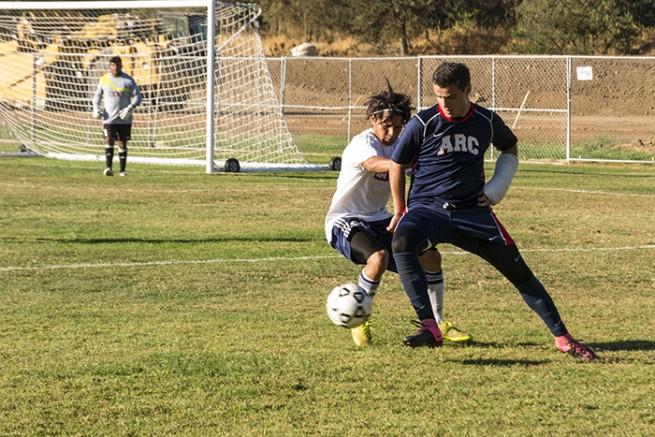 Paul Hansen was Zavala’s head coach at ARC and had worked with him since he was 14 years old and a part of a local youth soccer team.

“He brought a lot of comedy to the team, he was one these guys making jokes,” Hansen recalled. “He was the kind of guy that you’ll always remember.”

Hansen described Zavala as a “very emotional person” who was fun to be around. 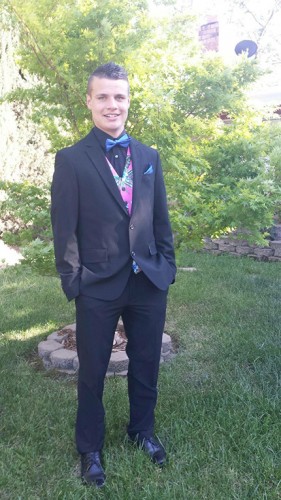 Hector Zavala attending his Senior Prom. Zavala was remembered by those closest to him as someone who always wanted to have a good time.
(Photo courtesy of Heather Watson)

“Hector was sort of the happy-go-lucky and go have fun every moment kind of guy,” Hansen said. “He was the kind of guy, if say you went to go grab pizza, he’d try to make it more fun than just having pizza.”

Soccer was one of the most important parts of Zavala’s life and was a very passionate player on the field, according to Hansen.

At Zavala’s funeral, Hansen and the other members of the soccer team gave his mother one of his jerseys that was signed by all of his teammates.

Over 30 teammates, from all his different years of playing soccer, showed up at the reception and packed into the full church, according to Hansen.

“He could be pissing you off to your limit one minute, then have you laughing your hardest the next,” Watson said. “You truly couldn’t be sad around Hector, no matter what, he’d always put a smile on your face.”

Watson also said that she chooses to remember him through different things every day.

“Deceased or not, I still feel like I feel his spirit every time I say a sarcastic joke, or whenever I wear ridiculous unmatching clothes,” Watson said. “He was my first best friend and, forever, will be my favorite cousin.”

Be the first to comment on "Beloved ARC athlete remembered"