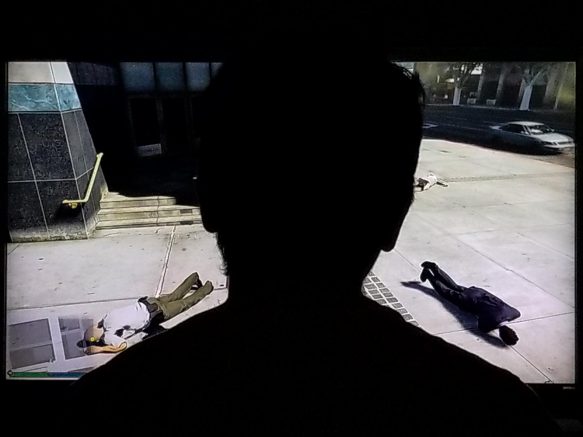 Violence in the media has been a recent topic of discussion with the October release of the “Joker” movie. The worry was specifically if “Joker” will perpetuate mass shootings at theaters, like in the 2012 theater shooting during a screening of “Batman: The Dark Knight Rises”.

However this is more indicative of a larger debate: how much does the media, like movies, TV and video games affect human behavior? Does exposure to extreme violence in media make humans more violent?

The topic of violence in media has come up recently as a political push by politicians, specifically the president of the United States, Donald Trump. In a speech on Aug. 5, Trump said that one way to prevent mass shootings was to enaact stronger laws against violent video games. He blamed violent video games as the cause of the El Paso shooting, citing this on the fact that the shooter, who open fired at a Walmart killing 22 people on Aug. 3, spent hours playing violent video games.

While video games have been linked to a rise in aggressive behavior, the levels of aggression are not above normal and only last the duration that the game is played. However, the manifesto of the El Paso shooter was full of racist, bigoted language towards immigrants from Mexico.

Japan is a good example of how violence in media doesn’t cause acts of mass violence. Japan has a high population playing violent video games and consuming violent media, but very low rates of mass shootings. Japan has one of the largest video game markets in the world. The citizens of Japan play so many video games that it is raising other health concerns for the country, but with strict gun laws in place, the act of a mass shooting is rare, according to a 2019 New York Times article, “video games are ubiquitous in society, especially among men, who are much more likely to commit mass shootings.”

This often humanizes the perpetrators and makes them more sympathetic because a broader amount of people may realize that they align with their life style and may seek the same notariety, making them more of a martyr than a monster. The El Paso shooter for instance was reportedly inspired by the Christchurch shooting that killed 51 people on March 5 in New Zealand. Often showing the shooters face on the news gives them exactly what they want: notoriety.

By showing their face and name, there is the possibility for personal biases to affect how people feel about the perpetrator, whether it’s skin tone, the sound of their name or just how they look. While this can be a way the media influences violence, movies and video games are not the cause.