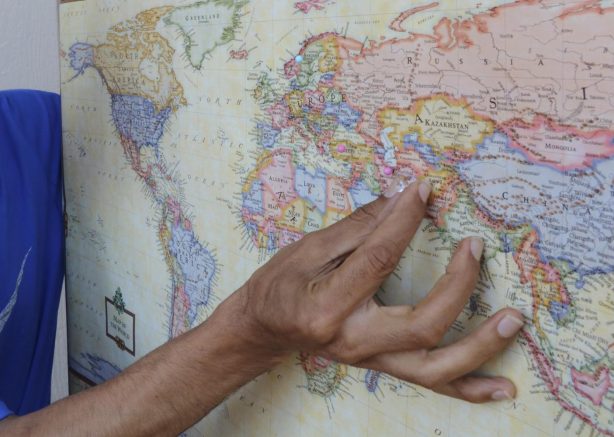 People from other countries who seek citizenship in the U.S. face more challenges than you would expect. (File photo)

Illegal immigration has been a concern in the United States for centuries but now — and arguably now more than ever — the topic is at the forefront of almost every political discussion.

Ever since I can remember, whenever illegal immigration became a topic of dispute, the counterargument almost always included the nonchalant phrase, “They should just become legal.”

The person using this phrase typically says it with confidence, as if they’ve cracked the case and solved the issue.

The phrase completely diminishes the complicated and lengthy process of becoming a legal citizen of the U.S.

Since the 2016 presidential election, I’ve educated myself about the process behind becoming a legal citizen and demand that other people do the same. Becoming a legal immigrant is far from simple: There is no straight and clear path towards citizenship.

“A lot of people think that becoming legal is as easy as registering to vote but it’s way more than just paperwork and it takes years,” Shadman said.

It’s not only the civics tests or difficult questions posed by federal officials that make the process so hard.

On top of that, immigrants must be be able to speak, read, write and understand English, and have a strong knowledge of U.S. government and history.

There are various paths to naturalization — the admittance of a foreigner to the citizenship of a country — which include marriage, fleeing a dictatorship, or by serving in the U.S. military.

Each option comes with a lengthy process of paper filing, court appearances, approvals or disapprovals and plenty of money.

According to alllaw.com, a website dedicated to providing people with access to legal information, fees can run in the thousands. Most immigration lawyers charge anywhere between $5,000 to $7,500 to assist a client through the green card process. Some cases can cost closer to $15,000 before adding on additional application fees and family members.

But the real cost of obtaining citizenship is harder to measure. Applicants awaiting citizenship can feel helpless as they wait for the approval of something so essential to their future.

According to an analysis by the Houston Chronicle in 2017, since President Donald Trump announced his candidacy by denouncing illegal immigration and vowing to build a wall blocking the southern border, there’s been a sharp increase in the number of permanent U.S. residents applying for naturalization.

“When Trump said all those things about immigrants, it further damaged the public’s view of immigrants and made them look further down at them,” Shadman said.

There are countless immigrants who have lived in the U.S. for years, who have worked hard, paid taxes and have still been forcibly separated from their lives and families in America, because they weren’t able to simply “get legal,” no matter how hard they’ve tried.

Immigrants travel on lengthy and potentially fatal trips in search of solace and a better life only to be met with aggression from border patrol officers and detention centers the moment they step foot in the U.S..

The misconceptions surrounding undocumented immigration are that acquiring legal documentation is as simple as changing your mailing address, and that most immigrants remain undocumented because of a lack of trying. But nothing could be further from the truth.