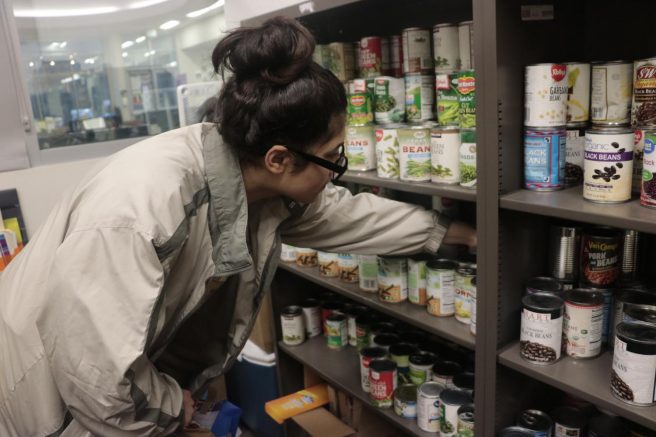 Mariam Ali, health science major, and former California State University, Sacramento student employee, was laid off from her campus bookstore job on March 13, 2020 with only one days notice. (Photo by Emily Mello)

When the Los Rios Community College District decided to shut down its campuses on March 12, due to concerns about COVID-19, a novel coronavirus, the job status of student workers was suddenly put into question.

According to The State Hornet, student employees were laid off by The Store in University Union on March 13. The article said that employees were given one days notice via email about the change. In light of these events, American River College employees have voiced their concerns about the LRCCD laying off employees.

According to an email sent from the American River College business office on March 12, all time sheets were due the following day, March 13, with projected hours for March 16 and 17.

The email also stated that no student help, federal work study or temporary classified workers could report hours on or after March 18.

Many faculty members were upset with the decision, and voiced their displeasure in replies to the email.

Shortly after the decision was made, an Instagram account called “lrccd_employmentequity” was created in order to call for employment equity.

“We created this account to give a voice to those affected and to spread awareness so others that aren’t directly impacted can better understand what this means and how it hurts,” the anonymous person who runs the account said. “With this account, we can hopefully provide transparency and a space to express our points of view.”

According to an email sent by LRCCD Chancellor Brian King on March 13, there will not be any immediate changes to the employment status of temporary and student employees. It also stated that departments could continue to schedule individuals as necessary.

“Historically, like during our smoke closures last year, temporary classified and student employees have not been scheduled during any closure or remote operations,” Ross wrote in an email. “The decision [to keep the status of temporary and student employees the same] was made jointly by Chancellor Brian King and all four Los Rios college presidents. The expectation and understanding is that the matter will be reconsidered on or by April 13.”

Ross says he hopes that by that time there will be more information about the situation.

“By that time we hope to have more information about the length of time we expect to be in remote operations and the degree to which those employees can support students in that environment,” Ross wrote.

Ross says the district’s goal is to keep employment status the same.

“It is our goal to maintain employment for all temporary classified and student employees as long as possible, though we acknowledge that this situation continues to evolve on an hour-by-hour basis,” Ross wrote.

Heather Amberson is a first year journalism major at American River College. This is her first semester on the Current. Amberson hopes to transfer to a four year university and become a sports broadcaster and journalist.