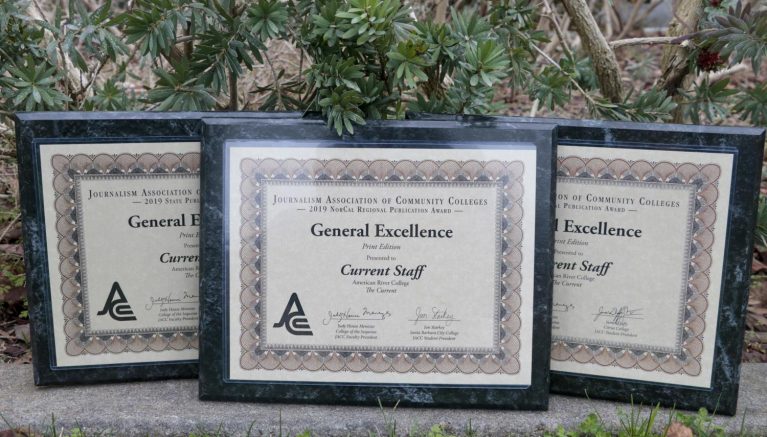 The American River Current walked away with the General Excellence award for the third year in a row, along with other awards. (Photo by Emily Mello)

The conference gives journalism students a chance to attend workshops and compete in several different on-the-spot competitions, including a multitude of journalism-related assignments such as news, photography and copy editing.

For the third year in a row, the Current walked way with a General Excellence award.

Be the first to comment on "The Current walked away with General Excellence for third year in a row."