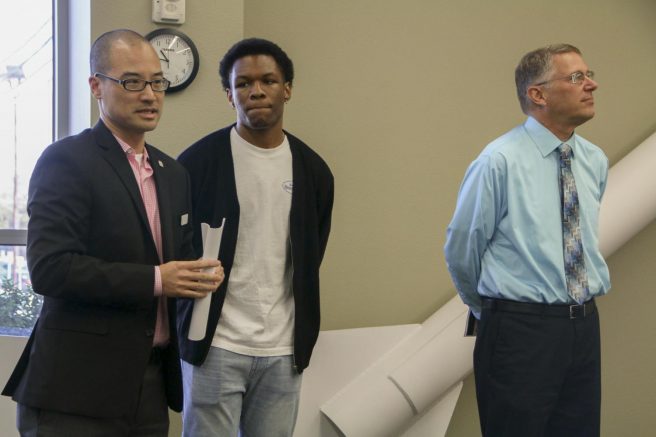 During the meeting, ASB also passed bills to pay for ASB-related parking, and to send students and faculty to the Keeping the Dream Alive Conference. Additionally, ASB moved to support plans to improve responses to medical emergencies on campus.

“It’s a compass that will hopefully guide us moving into the future,” Kobayashi said.

Kobayashi, Aguilar and Harris presented ten imperatives for the plan with goals focused on preparing students for the future of technology in the workplace, closing the opportunity gap, achieving operational effectiveness, cultivating financial stability, as well bolstering advocacy, collaboration and coordination.

“The conference will help reframe deficit-based approaches that emphasize the adversities and barriers imposed by undocumented status to examine more closely what it means to achieve thriving and well-being in the context of undocumented status,” according to the CSU Sacramento website.

Senator Desiree Rodriguez said that the $3,000 would be used to pay for student and faculty admission, as well as lunch and travel expenses. The students and faculty sent will not necessarily be ASB members, but people interested in and relevant to the event.

“This team would be student-run, we have paramedic courses, EMT courses on campus, so we already know there’s a surplus of students on campus that would be interested in doing this,”  senator Muzamil Ahmad said.

ASB also supported F19-04, which would add AED locations to fit American Heart Association (AHA) guidelines. Ahmad said that he was surprised by how many AED locations on campus were behind locked and sometimes closed doors.

AHA guidelines say that no matter where you are on campus, one should be able to retrieve an AED in less than three minutes.