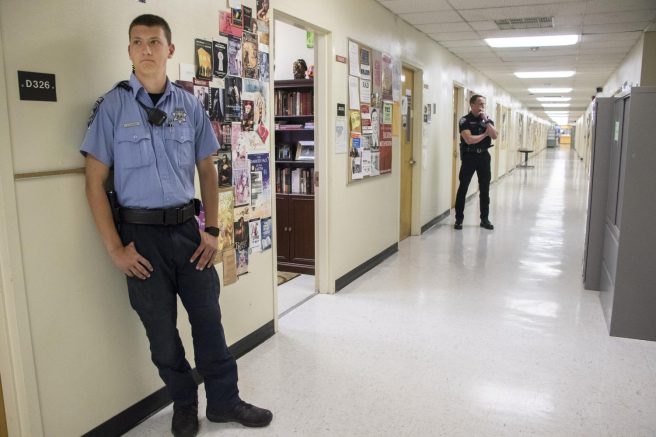 During a meeting of the Los Rios Community College Board of Trustees in January, Los Rios Police Chief Lawrence Savidge presented a slideshow providing an update on the needs of the LRPD.

The police department is implementing changes to the department across the district including raised salaries for detectives, officers and sergeants, and testing a new alert system and non-lethal force equipment. Some changes will take effect in 2019, but others have no foreseeable timeline for implementation.

Brian King, chancellor for the LRCCD, approved the items for consideration by the Board of Trustees. With the support of the board, Savidge has been incrementally revising the structure of the LRPD.

“We have a good department, we have a lot of good people, but there’s always room for improvement,” Savidge said.

During the meeting, the board drafted a revised salary, in regard to the departments issues with retention. The three positions are now the highest range for classified positions and the second highest supervisory position in the district — second only to various IT positions.

As a result of those meetings, the salary classification increase took place effective Jan. 1.

According to Savidge, the increased salary is necessary for recruitment and retention within the police department at Los Rios. He said he hopes that within five years the department will be able to hire two more officers at each Los Rios campus through various recruiting techniques so that each college will have eight officers total.

“We’ve developed our own recruiting team with some officers from our own department that are very enthusiastic about working with us,” he said. “They have developed some presentations [and] they’re now going around to different job fairs.”

As part of the recruitment process, Savidge says the LRPD is also working on the cadet program. Officers at each college will go through training by spending time as campus patrol officers.

Currently two ARC campus patrol officers are sponsored through the program to train at the satellite campus, the Sacramento Regional Public Safety Training Center, according to Savidge.

“They’ll be graduating in November and then they’ll be coming to work with us as … sworn police officers in the fall,” Savidge said.

Along with the increased salary range and cadet training, the LRPD seeks to implement new security measures including an upgrade to security cameras, body cameras for police officers and a new mass notification system called “Alertus” which is being tested at American River College. 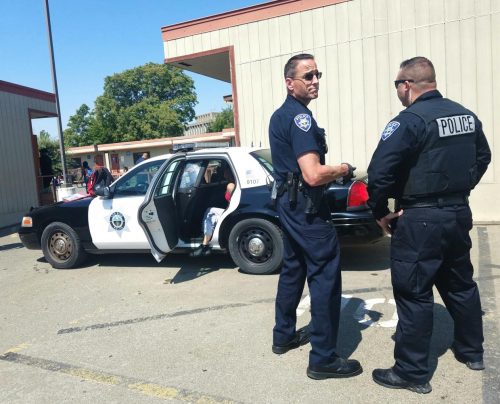 Following a shooting at Sacramento City College in September 2015, Savidge says that the Alertus system is in part a reaction to criticisms regarding the speed at which mass alerts went out to people at the school.

The LRPD is working with college operations and the IT department to test the system at American River College, according to Savidge. After testing here, they’ll install the Alertus system at other Los Rios campuses.

The Alertus system is an outdoor public address (P.A.) system which will work in tandem with RAVE alerts. There will additionally be a device installed in the sign language lab, according to public information officer Scott Crow.

“The Alertus functionality includes a speaker on the roof of the library,” Crow said. “We also have a device for the sign language lab, some kind of a beacon device that alerts the students in that space.”

Testing on the Alertus system is ongoing and, according to Crow, there will be additional trials done over summer. There is no official deadline before it will be brought to other campuses in the Los Rios District.

The department is also experimenting with the effectiveness of a variety of equipment for the application of non-lethal force. Bean bag shotguns and pepper spray bombs are being tested at the training facilities, which Savidge says can be used to de-escalate situations.

“We’re looking at other tools that are non-lethal or less lethal that we can use to control a situation, to get a person in compliance so we can arrest them,” Savidge said.

Officers have also been training with administering the medication Narcan, or Naloxone, which is used to block the effects of opioids in the case of an overdose.

Due to the commonality of opioid abuse across the country, training officers with Narcan is an important update to the LRPD’s toolkit, according to Savidge. He compared its lifesaving capabilities to an automated external defibrillator (AED), which officers are also trained to use.

“If you need an AED because someone has a heart attack, we have the AED there to help them,” Savidge said. “So it’s the same thing, if somebody has had an … opioid overdose, then we have the Narcan to try to … save the person’s life.”

The LRPD is integrating body and car dashboard cameras, which record their interactions with the public and are meant to increase police accountability.

This is another update to modernize the LRPD, following the Sacramento Police Department’s announcement in 2017 that it would equip all officers with body cameras.

Savidge says when he took his position as captain, the body cameras were already on order and have been distributed since, but the dash cams are still being installed in the department’s vehicles as it receives them.

“That’s just one of the things that I felt was important that we needed to get into the vehicles,” he said.

In addition to all of the equipment and additional training Savidge has requested, he encourages officers to step out of their cars and interact with people on campus and build trust “one student at a time.”

According to Savidge, the LRPD will be continuing to work on hiring quality officers and detectives.

“No department is perfect, you know, they all make mistakes cause they’re humans. The police officers are humans. But the trick is to prepare them and train them so that they don’t make those kinds of mistakes,” Savidge said. “We have a lot of really good people that really want to do good things.”