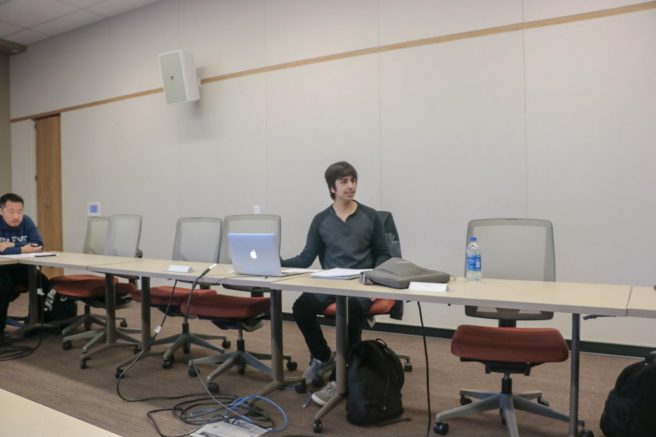 The American River College Associated Student Body met on April 12 to discuss new summer program courses, election results and to assign a committee to help transition new ASB board members into the current office on May 9.

The meeting started under the supervision of ASB Vice President Juan Melesio who took roll of the ASB members, passing on his best wishes to new ASB members who were elected on April 9 and 10.

ASB Advisor Brett Sawyer detailed how many students participated in the election.

“Three hundred and forty people voted in our actual ARC election,” Sawyer said. “We have 30,000 students in this campus and we have 11 students who ran.”

“It’s very similar to TRIO summer bridge program,” Sawyer said. “It is primarily designed for the students of color [and] students of marginalized populations.”

According to Sawyer, the program will have two sessions that start on July 8 and will have capacity for 90 students. The program also covers field trips and workshops on the sites. Sawyer said the requirement for the trips is to be enroll in in the course Human Career Development 318.

Melesio also asked ASB members to share their views on the $3,000 in funds for ASB award and swearing ceremony.

Sawyer took the opportunity to announce the community room has reserved for the ceremony event.

Senator Laurie Jones suggested appointing someone who can chair the committee to take care of logistics, organize awards for the nominees, foods and proposed prizes.

Sawyer estimated the total participants at around 65 people. Participants will include club members, guests and new ASB members.

The members decided that Senator Semaj Taylor would chair the committee and Senators Juan Melesio and Treyshawn Weatherspoon would assist.

Opinion: Walk onto a new sport

Greek week is capped off by Welcome Day

Be the first to comment on "ASB talks on oath event"