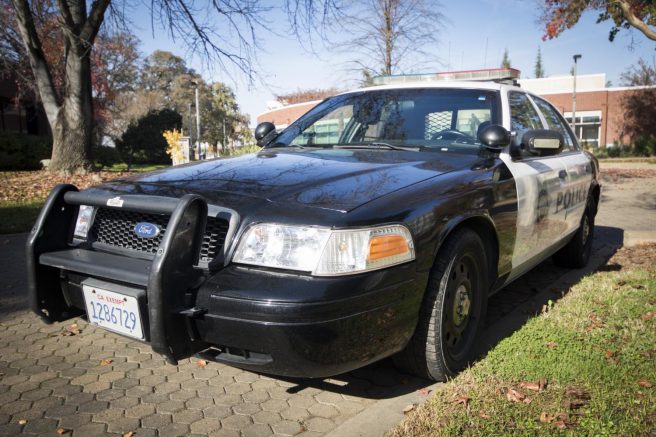 Police posted a report on Twitter, then later confirmed at the scene, that one victim died from gun-related injuries.

The Los Rios Police Department sent out a district wide RAVE alert at 6:21 p.m. warning students that police were responding to a crime in progress on the Natomas Center campus and to avoid the area.

According to FOX40 and users on Twitter, the Natomas Center was under a brief lockdown before subsequent RAVE alerts confirmed an hour later that the campus was secure and clarified the location of the crime.

“At this point the suspects have fled the area. We don’t know if it was one or multiple,” Matthew said Tuesday night.

Sacramento police did not know if the suspect fled on foot or by car. Previous reports said that the suspect may have been wearing a mask but the police department could not confirm.

According to Matthew, homicide and crime scene investigators responded to the scene and have taken over the investigation.

Sacramento City Councilwoman Angelique Ashby identified the victim over social media Wednesday as 41-year-old Amber Clark. According to Ashby, Clark was the supervisor of the North Natomas library branch.

According to police radio communications on Broadcastify.com and coroner records obtained by the Bee, “Clark was shot in the head by a suspected masked man Tuesday evening … the woman had been shot while sitting in her car. The suspect, wearing a mask and teal clothing, allegedly fled the scene in a gray sedan with out-of-state license plates,” the Bee reported. “A Los Rios police sergeant caught a glimpse of the vehicle as the suspect fled north, past the high school.”

Sacramento police announced Thursday that they had arrested and charged 56-year-old Ronald Seay on Wednesday for the shooting death of Clark, according to the Bee.

Seay lived a few miles from the North Natomas Public Library and was issued a no trespass order by the library after he had caused a disturbance there in October, the Bee reported.

Police spokesman Sgt. Vance Chandler said detectives still believe Clark was targeted and are investigating the motive behind the shooting.

“Seay was arrested Wednesday morning after a short, slow-speed chase at 5:30 a.m. in the area of Elverta Road in Natomas,” the Bee wrote. “Seay was booked into the Sacramento County Main Jail Thursday on suspicion of felony homicide and shooting into an occupied vehicle.”

While both the Natomas Center campus and Inderkum High School were open Wednesday, according to Ashby, the North Natomas Public Library was closed and reopened Thursday.

ARC’s Public Information Officer Scott Crow, who responded to the Current over email, said that ARC is supporting the Sacramento Police Department in the investigation.

“For our campus community we are looking to provide additional counseling and support for those impacted by the situation,” Crow wrote.

This story was updated on Dec. 12 at 5:55 p.m. to reflect new information and the identity of the victim.

This story was updated on Dec. 12 at 7:30 p.m. to reflect new information regarding the nature of the crime.

This story was updated on Dec. 13 at 7:55 p.m. to reflect information about the suspect and their arrest.