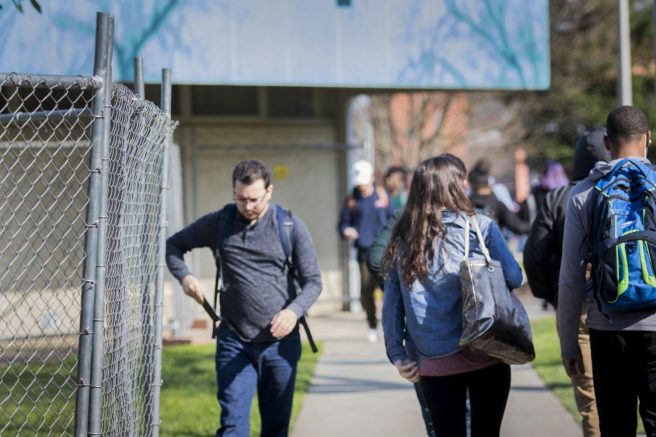 The Liberal Arts Building, one of the oldest facilities at American River College, will be demolished in March with a remodeled building scheduled to take its place in a few years.

The renovations are focused on turning the Liberal Arts building into a Science, Technology, Engineering, and Mathematics—or STEM facility. The new building is scheduled to be finished by approximately 2020.

The addition of a STEM facility on the main campus comes from increased demand for employees trained in similar fields, according to ARC’s Public Information Officer Scott Crow.

“After talking with employers in the region, we realized there was a need for new workforce skills training” Crow said.

The original idea of the renovation was to tear down the old building and replace it with an updated building in order to accommodate the demand for new employees, he said.

According to Crow, the building itself will be interdisciplinary and include other facilities and general offices. This means that the new facility can be used by other departments on campus.

Many of the offices that were in the Liberal Arts area, including the Current’s newsroom, have been moved to different areas on campus, including the Portable Village and the Computer and Mathematics Center.

According to Crow, Hydronics, a system of liquid heating and cooling similar to a radiator will also be done as part of the project, running through the heart of campus.

Now that all of the classes and offices have been relocated, a fence has been erected around the liberal arts area in preparation of the demolition, as part of phase one of the construction, according to ARC’s operations technician Matthew Blevis.

“Please be aware that you may need extra time for getting to your destination and that you may need to find an alternate route,” Blevis said. “We are sorry for any inconvenience this may put on you and appreciate your understanding.”

When demolition and construction begins, access will be restricted between several areas running through the center of campus.

Be the first to comment on "Liberal Arts Building to be demolished, new STEM building to take its place"