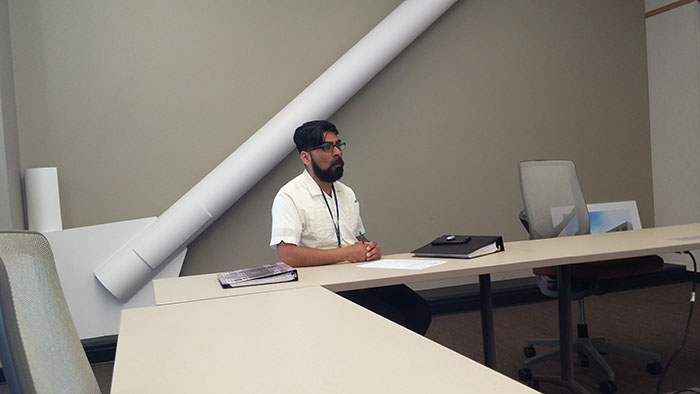 During CAEB’s Tuesday meeting, the board discussed the role and responsibilities of ARC’s Crisis Assessment and Support Team.

“Basically what the CAST is..it’s a response team. It helps the college make decisions on student cases so it doesn’t go straight to judicial,” Student Senate Adviser Juan Blanco said.

CAST is used by ARC faculty to assess whether behavior incidents rise to the level that they require disciplinary measures and create a transparent mechanism to evaluate what resources can be used to help a student succeed.

“Often times a behavior can be seen through the light of discipline and it’s not discipline..it may be a student that has a mental disability or who is dealing with an emotional distress and then it manifests incorrectly. So instead of sending that student straight to discipline, we send them to the CAST,” Blanco explained.

According to the ARC website, “CAST was developed in response to expressed concerns from ARC employees to provide support for students with complex needs. The data gathered from the CAST referrals will help inform proactive processes regarding the health and well-being of our campus community.”

The page asks that if a student is concerned about another student’s well-being to consider the CAST as a resource for both the student and yourself.

It also includes a number to call, a referral form, a list of members of the team as well as additional campus and community-based resources.

“When we are discussing a student in distress, we are talking about something that is treatable, which would be something like an illness, mental illness included. You can attempt to triage this, CAEB President Justin Nicholson said.

“The idea behind CAST is that they are trying to help students who are experiencing emotional distress, not students committing crime,” Nicholson continued.

Asked by Nicholson whether faculty has had training related to CAST, Blanco said that they had been given training to understand the mission of CAST, what kind of incidents are appropriate to report to CAST and which should be referred for disciplinary measures.

“In January there was a training for faculty to understand what kind of reports come to CAST, what kind of reports go to discipline, if you’re not sure how to submit a report, the online system, the vision, mission, philosophy of CAST. That already took place during convocation. I’m sure they’re going to do it again for the fall [2017] convocation,” Blanco said.

Concerned with the possibility that students might be needlessly reported to the CAST for common symptoms associated with lack of sleep, Nicholson asked Blanco for specifics on how faculty are trained to determine when to refer a student.

“A student who is tired and is reacting negatively to situations could just be tired. I just feel like the leeway a professor has needs to be addressed because if you get sent to CAST as a student, you’re not necessarily going to react kindly to it,” Nicholson said.

Blanco reassured Nicholson that the team will decide on how to move forward based on the evidence presented to them and are only there to make an assessment and not to substitute for someone qualified to make a diagnosis.

More information on ARC’s CAST can be found at http://www.arc.losrios.edu/Support_Services/CAST.htm.