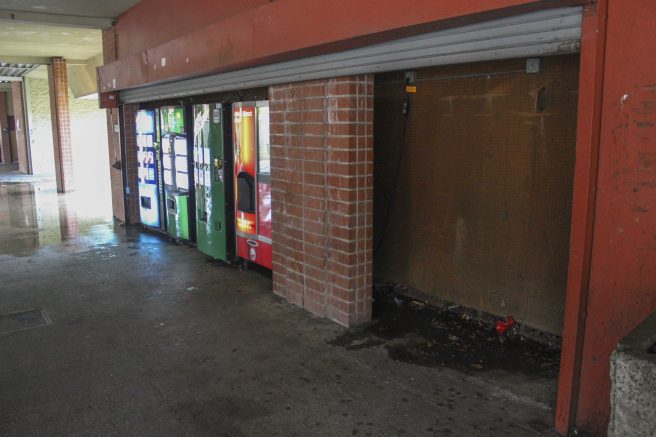 Students may have noticed something missing on campus lately: The vending machines in the outside corridor between the Liberal Arts and Business and Computer Science buildings.

American River College’s Communications and Public Information Officer Scott Crow said that the machines will be returning—he is just not sure when.

“Be of good cheer that snacks are coming back,” Crow said.

According to an ARC maintenance worker who asked not to be named, the vending machines were vandalized and are now in the process of being fixed.

“This is fairly common as far as vandalism to machines,” Crow said.

The vendor, Canteen, is currently upgrading the machines to have plexiglass windows instead of glass. This way the machines will not be so easily broken into.

Students regularly use these machines for many snacks such as chips, protein bars, and other delights.

It is not currently known when the machines will return.

The Current will update this page when we have more information.