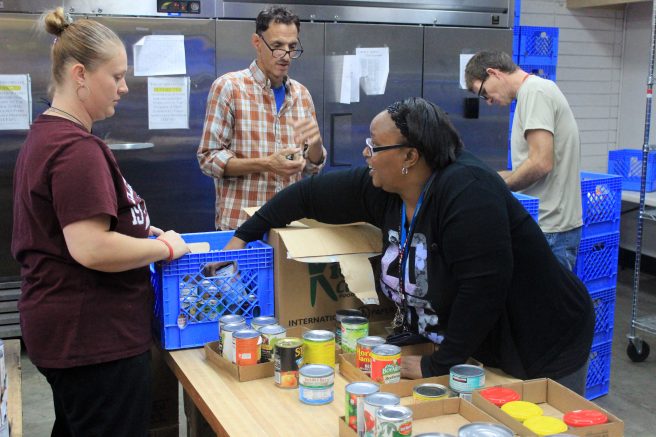 Getting good grades, transferring to the right university and landing a steady job: these are among the worries of the average ARC student, but for a portion of the population there is one more – hunger.

With food insecurity amongst college students rising throughout the state, the creation of a food pantry on campus is in the works with the help of students and faculty.

ARC is the only Los Rios school that does not currently have a food pantry, according to Scott.

The food pantry at Cosumnes River College (CRC) is called The Hawk Spot, and student patrons have a loyalty card that allows them to pick-out their items.

Scott wants to make sure everything is “airtight” with the plans so they won’t get “shot down” by administration and says that location and student privacy are among the largest challenges.

“I’ve talked to all three of the different ASB presidents and they all have different programs,” Scott said. “The college that I think matches our environment the most is CRC … but the way CRC ran their food pantry is … people could come into with a bag and basically shop.”

“That fear kind of mimics the fear of the general population has about public assistance programs,” Scott said. “It’s like you know what, it happens, you can’t let it ruin it for the student that really, really needs it.”

Hilbert was concerned with there being a “baseline” that could disqualify a student who may one day find themselves in need of help.

“Stuff changes real quick,” Hilbert said. “There could be a student that had a house (and) that had a great situation but then something happens.”

Pearl Calhoun, an ARC student, volunteers at the Carmichael Seventh-day Adventist Church food pantry and she said she has seen several other students come in for food assistance.

“There are students who are hungry and can’t afford to eat well,” Calhoun said. “The impact a pantry on campus could have is unimaginable.”

David Hess, director at the Carmichael ACS, is in support of a pantry at ARC and thinks it could help to reach some families that are still going hungry in the area.

“Families can only get help from us once a month,” Hess said. “There’s no way you get more than nine meals out of what’s provided, but that’s all we can do.”

In the last three years, the Carmichael ACS has fielded more than 35,000 visits from local families and individuals.

Vice President of student services Robin Neal said administration is aware of the fact that there are people going hungry and that faculty members and administration are already supporting the proposed food pantry.

“We want to work to create a food pantry that works for those it’s intended for,” Neal said. “We want to support students any way that we can.”

ASB adviser Juan Miguel Blanco said that administration is open to the idea of a general food pantry on campus, but believes it’s something that needs to happen now rather than waiting a year or two.

“We have students going to class hungry,” Blanco said. “We want to follow process, but the Student Senate feels that this is something we need to triage right now.

Blanco pointed out that there is already a food pantry for veterans on campus and one run by the faculty in the behavior and social sciences department, but believes that the real solution to food insecurity at ARC lies with a general and convenient pantry for the whole campus.

The Carmichael Seventh-day Adventist Church food pantry, located at 4600 Winding Way, is open each Wednesday 9 a.m. through 12 p.m. Each month one food basket per family/individual. Students need proof of residency and ID.

CalFresh,  previously commonly known as food stamps, is available to households that have at least one U.S. citizen or permanent resident. Single households earning less than $1,980 a month and enrolled in less than six units qualify for CalFresh.

Students can go to www.mybenefitscalwin.org to complete an on-line applicaion.