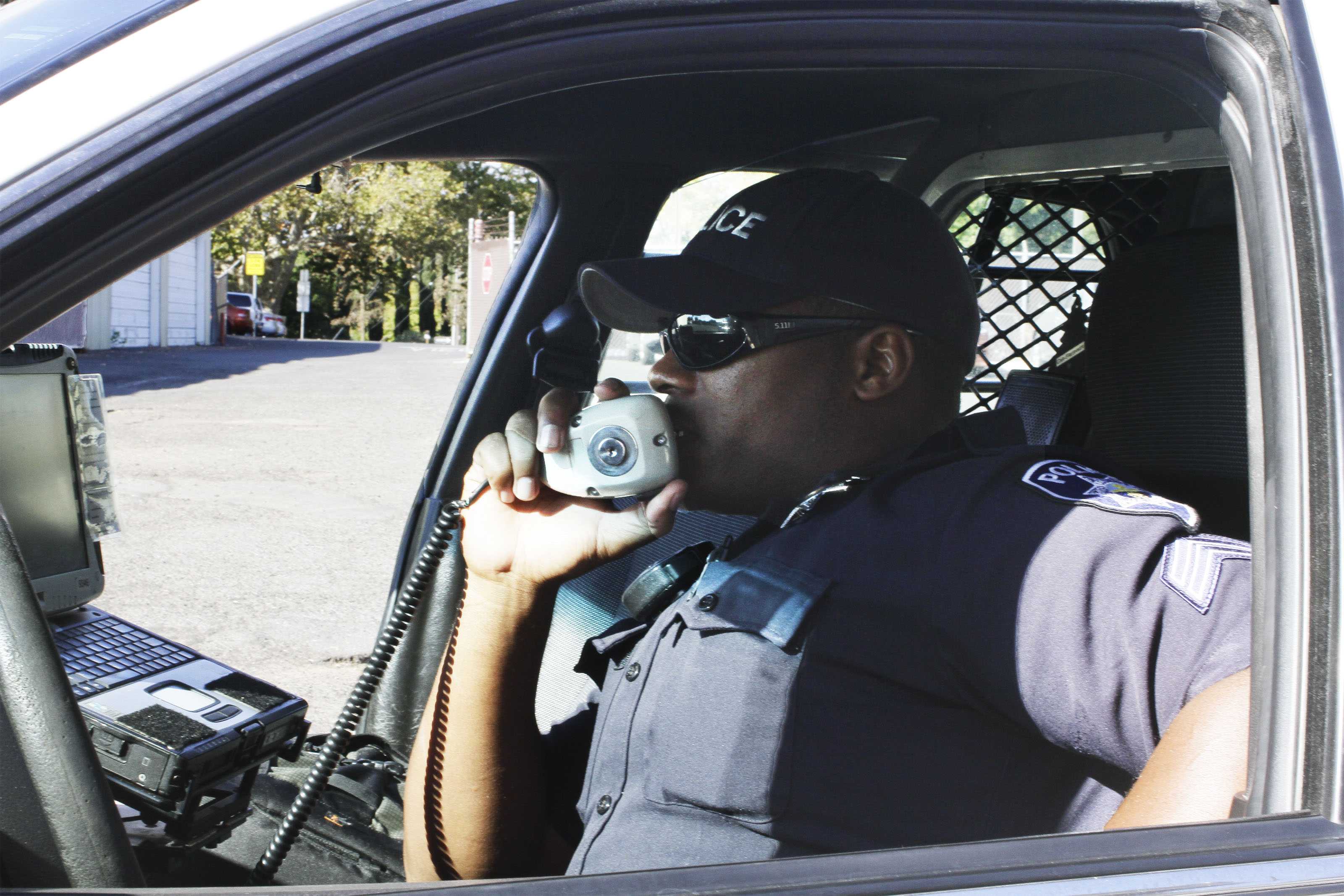 Experiences with police vary from warnings or tickets to assistance or protection. In my most recent experience with police, I rode shotgun and witnessed a drug bust.

Last month, I participated in the Ride-Along program with the Los Rios Police Department. At 10:35 a.m. on a crisp Monday morning, I arrived at their headquarters on the American River College campus.

I met with Cpl. Noah Winchester, who explained that the role of the police is to deter people from committing crimes on campus and to provide a presence to keep the everyone safe.

“I will do whatever to keep my students safe,” said Winchester.

Winchester had a lifelong dream of becoming a police officer. He spent time in the Marine Corps before joining the Sacramento Police Department.

While Winchester may be a Los Rios police officer, he is not restricted to the various campuses.

When discussing the authority and jurisdiction of the Los Rios Police Department, Winchester explained that he and his officers have “all authority, but we don’t need to (enforce it all the time).”

If there is something that affects the campus in any way, even if it’s across the street from campus, he and his officers will become involved.

The first hour or so involved nothing out of the ordinary.

We stopped at the Church of Jesus Christ of Latter-day Saints across the street from ARC’s Parking Lot C. There, Winchester saw an abandoned bike next to a dumpster and reported it missing. Winchester pulled over a driver for not yielding to a pedestrian in the Myrtle Avenue crosswalk.

As we drove off campus onto Orange Grove Drive, he pointed to the right of the street, toward an electrical box in front of an entrance the duplex complex. He said that sometimes people will go behind the electrical box to smoke marijuana.

After visiting the McClellan Center and helping a man whose car had overheated, at 11:45 a.m., we went onto Orange Grove Drive, and Winchester noticed three men behind the electrical box.

As he got closer to the scene, Winchester noticed one of the three men rolling a blunt. He immediately got out of the car to investigate what the men were up to. None of the potential suspects attempted to flee, but tried to hide the marijuana.

In about five minutes, the police got students away from the area and declared it a crime scene. They patted down the three men, searching for anything out of the ordinary.

After the pat down, Winchester handcuffed the three suspects and put two in the back of the squad cars while the third suspect was leaning on the hood of our car.

Winchester and another officer went to the crime scene to observe and take photographs before opening backpacks to search for any more evidence.

As they were taking photographs, they spotted two unknown pills in the dirt. Winchester proceeded to grab the pills and put them in an evidence bag. He then went to his car and used his mobile data computer to determine what type of pills they were.

He eventually identified the pills as oxycodone, which has been defined by the federal Drug Enforcement Administration as a schedule II narcotic.

Winchester went through the backpack of one of the suspects, who was later identified as Nick Cardoza. He found two prescription bottles both filled with pills. Cardoza claimed that the backpack was not his and that he merely grabbed it while in a rush earlier that morning.

The second man who was put in a squad car, D.J. Adams, is said by police to have been in “constructive possession” of the pills.

According to LRPD Sgt. Mike Olson, “constructive possession” means that Adams was able to access and control the oxycodone even though they were not on his person.

The third man detained, Kyle Wofford, had marijuana in his backpack, but he had a medical marijuana card from the state, was cooperative with the officers, and was released.

Adams was nervous in the back seat of the squad car, muttering that he shouldn’t have gotten out of bed that morning.

Contrary to popular cop shows and movies, miranda rights aren’t necessarily read during the arrest itself. According to Winchester, they are to be read before taking statements or an interrogation.

When we got to the downtown area on the way to the county jail, he read them their miranda rights in the form of questions. “You have the right to remain silent. Do you understand?” Winchester asked.

Adams was trying to explain the situation, but Cardoza requested a lawyer.

Winchester said that the questioning was to be accurate. The tone he used was professional rather than hostile.

Once we parked inside of the county jail police entrance at 12:32 p.m., Adams threw up on the wall in the lot. Winchester asked Adams if he was okay and if he had consumed any evidence.

He then warned Adams that the last person who ate evidence had to be taken to the emergency room.

Once inside, Winchester had Adams and Cardoza sit down and asked precautionary questions such as, “Have you been in a car accident or the ER in the last 24 hours?” and “Are you affiliated with any gang?” That question is asked so that if they were, they would not be placed in a holding cell with a member of a potential rival gang.

After the procedural questioning, he took the two for a medical evaluation taken by nurses who work there. This included blood pressure, vitals, etc. They also checked Adams to see if he was under the influence of marijuana by checking his eye dilation and pupils.

With the medical evaluation complete, he took them back to sit down so he can complete the booking paperwork. He took possession of everything on their persons, including shoe and jacket strings in case the suspects become suicidal and so that they don’t try to inflict harm upon themselves or anyone else.

Winchester finished his paperwork, and took Adams and Cardoza to official booking, where they had their mug shots taken and where they were strip searched in a closed room. Before that, Adams threw up once more after drinking some water.

The entire experience of my ride along was very insightful to understanding the daily life of an officer on campus. It wasn’t hard to see that Winchester is a man who takes pride in his work, and genuinely cares for the people who come onto this campus.

To see the Current’s original coverage of the drug bust, click here.