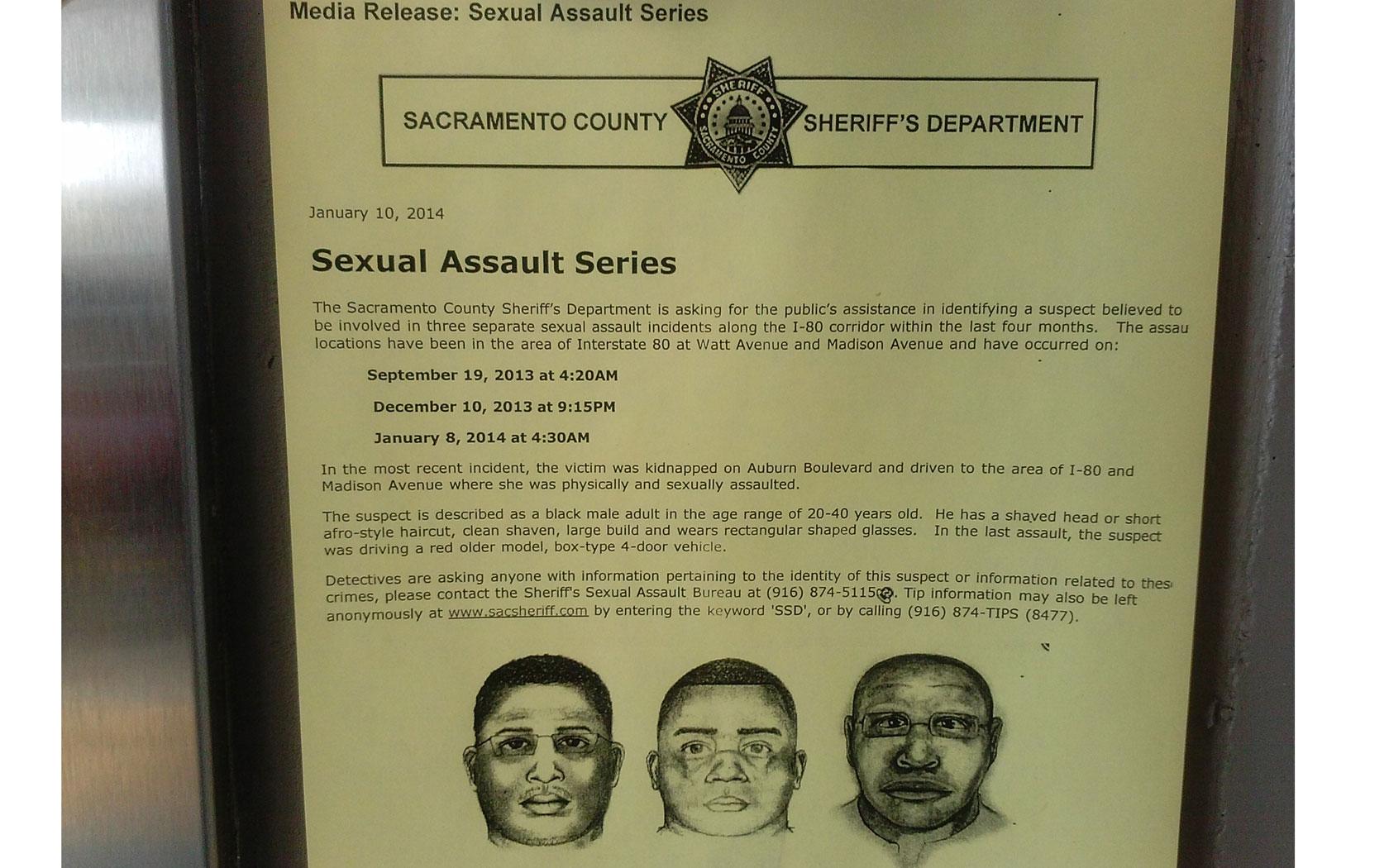 Suspect sketches for the three sexual assault incidents have been posted around campus. Officials are looking for any information on the case. (Photo by Korbl Klimecki)

A third rape in a string of increasingly violent incidents of sexual assault along the area of I-80 near the Watt Avenue and Madison Avenue on-ramps started a mile from the American River College Campus on Wednesday.

According to Sergeant Lisa Bowman of the Sacramento Sheriff’s Department, on Jan. 8, the attack occurred around 4:30 a.m. by the Kohler Rd. and Auburn Blvd. intersection, just over one mile Northeast of ARC. The victim was kidnapped and driven west to the Madison and I-80 area, where she was raped.

The three victims separately described the attacker as a black male, 20-40 years old, with a large build and short or shaved hair.

In two of the three police sketch artist renderings of the suspect, he is shown with rectangular eyeglasses.

All three women had been walking alone in the dark and were taken by surprise. According to The Sacramento Bee, one woman was shocked with a stun gun and the most recent victim was attacked with a flat, sharp-edged weapon.

Dates of the attacks:

Follow The Current for more information as the story updates.