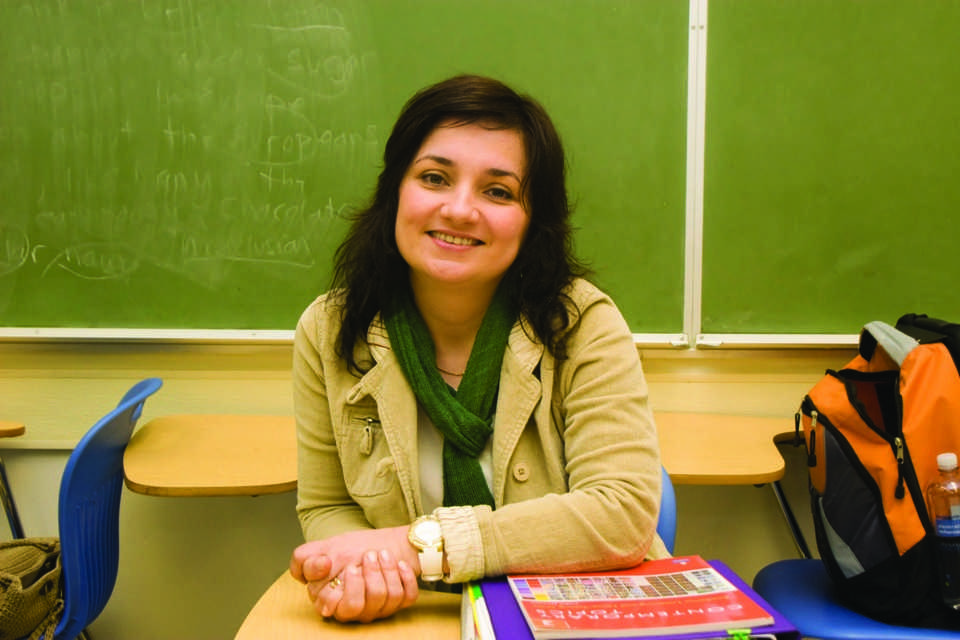 It used to be that students could receive 30 units of ESL instruction that wouldn’t be counted as part of the previous year’s 90-unit cap allotted for FSA.

According to an official in the Los Rios Community College District office, it was decided this summer that ESL students would no longer be allowed to subtract 30 units of ESL preparatory instruction from the new 72-unit cap that is the current ceiling for all students receiving FSA.

“It feels like discrimination against all immigrants. Eliminating ESL students is discrimination,” stated Alina Chekrijeva, a first-semester ESL student at ARC. Chekrijeva has attempted other paths to learning English including adult schools. “When you go to adult schools, you have to get a low-paying job because there is no financial aid available. For immigrants, the door is closing.”

Hess, like many of her fellow ESL professors, is dismayed at the process through which the FSA edict was put into place. “Everybody knew about it but us … now all of the sudden they say your students don’t get any money to pursue their education.”

“There is no ESL certificate. We have an ESL department with ESL classes but no ESL major program,” notes Student Support Services Interim Dean Stephanie Smith.

Dr. Pam Walker, vice president of Student Services, stated, “Who would have known that a college this size in a pretty good community in California would become the third largest federal financial aid-providing college in the entire state – that’s extremely significant.”

ARC, which has seen over 30,000 students apply for the most recent Board of Governors’ Waiver, is a vastly diverse campus with the majority of students relying on the $70 million of federal student aid allotted to this campus each term.

Muntaha Sachet, a foreign refugee currently taking ESL courses at ARC, is discouraged by the abrupt changes in FSA for ESL students seeking a degree. “I want to finish my major by 2013 but it just takes too long. I will need to get a job so I can continue in school.”

“Second language issues are not the same as basic skills,” clarifies Hess, who notes, “There are 60 to 70 percent of students enrolled or enrolling at ARC right out of high school that need to take remedial classes.”

Students requiring basic skills classes in areas such as mathematics, writing or English may take 30 units of these remedial or lower-level classes to prepare them for their educational objectives and not have it count toward the 72-unit cap.

This appears to be a double standard created by the board’s policy of allowing students 30 units, which are federally financed and don’t count against the 72-unit cap, to learn what they should have learned in high school.

ESL is essential for “non-native speakers of English to get a command of the language necessary to pursue a career, transfer to a four-year college or achieve other degree goals,” says Smith.

District officials were not immediately available for comment, however according to the “Sacramento City College Financial Aid Policy Update,” a document obtained by The Current, “The policy changes were made to address program integrity mandates by the U.S. Department of Education.”

It further describes, “Some key points to note are that the policy changes were driven by federal mandates with the expectation that educational institutions will strengthen their policies with a focus on academic progress.”

ESL department chair, Professor Ally Joye, is adamant that “the system must be figured out immediately.”

For current ESL students, Joye warns them to file an appeal with the financial aid department as soon as possible. “The appeal process is the biggest problem now facing ESL students,” explains Joye.
Vladimir Khokhlov, an ESL student, followed the advice of Joye and other professors and sought help from ARC’s counseling center. “I went to a counselor and got an educational plan. I want to get a degree in criminal justice and they were able to help.”

Financial Aid Supervisor Maritza LaVu touts ARC’s record of approving about 67 percent of appeals that are brought before a council. “Define your degree goal early on and make sure to stay on track,” advises LaVu.

ESL students are encouraged to seek out counselors that speak their native tongue, which LaVu insists will be made available, and when the 72-unit threshold hits and you need that extra FSA to complete your educational objective, your financial aid appeal will be that much more viable.

“I’ve been in this business almost 40 years. I’ve never, in my whole career, seen the faculty senate talk about financial aid in their dialogue. We may come up with an ad hoc committee, which talks about financial aid in a totally different way so it’s not left to just one office. I’m very optimistic,” declared Walker.

Diligence and knowledge are the keys to ensuring ARC’s ESL students retain their status as part of the fabric of our campus.

(CORRECTION: An earlier version of this article incorrectly stated that the decision to change federal aid for ESL students was made at a June 15 LRCCD Board of Trustees meeting that was closed to both ARC professors and the Academic Senate. It has since been corrected. In addition, a quote from Humanities Dean Kate Jaques about possible future department cuts was removed because it was taken out of context).