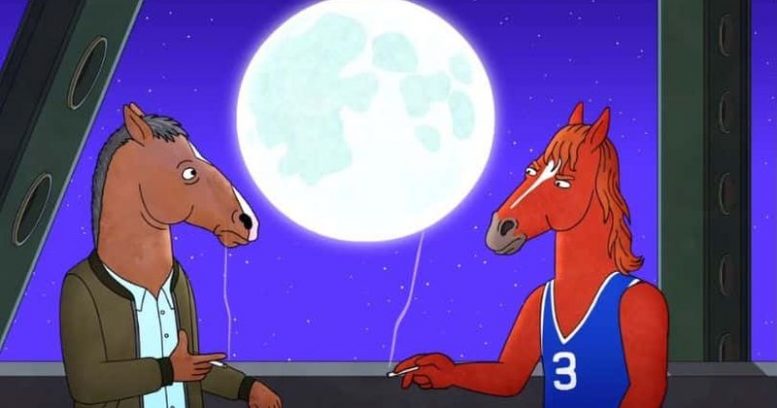 “Bojack Horseman” shot its final season on Jan. 31 because Netflix cancelled it. This beautifully made show displays a realistic society with mental illness and other hard to swallow topics that tie into events that are currently happening. The final season (both parts) puts a heavy emphasis on weakness and accountability/consequence. This show is successful because of its range of issues and the fact that accountability is a very real thing with every action resulting in a consequence that persists throughout the episodes.

Powerlessness can be spread like chemicals being injected into a bloodstream.

Time moves forward on Bojack. This is why “Bojack Horseman” is so different from other shows—when something happens there will be consequences. If Bojack punches a wall in his house, it remains dented until he fixes it. If Bojack almost has sexual relations with a 17 year old, his consequences will flair up in the future. In the first part of the final season, Bojack cleans up his act. He apologizes and helps the people that matter most to him while taking himself away from “Hollywoo.”  However, because of the terrible and selfish actions he committed in the past, his consequences flair up just when he is finally happy, because consequences work like that.

The main reason why Bojack is a terrible person is because his parents mistreated him and each other, followed by the terrible paths he chose in his career, resulting in an addiction problem. This amalgamation of toxicity makes him try to remove power from everyone else. However, the ethical problem arises because other people may have worse situations than he has experienced and they still carry on without ruining other’s lives. In order to fix his own shortcomings and weaknesses, he needs to understand that he is forcing weakness on vulnerable women, his friends, and more innocent people, and needs to hold himself accountable for his actions. The best thing that he did was confront his problems publicly, admitting the fact that he is a terrible person and that his flaws are his own fault.  Following the aftermath, a bad situation unfolds and Bojack still eventually chooses the high ground because he wants to be a better person. He’s not horsing around.

There are many real world examples of weakness and accountability in the news today.  Powerful men using their status to take advantage of women like Harvey Weinstein is a direct parallel to how Bojack treats women to make himself feel more powerful. Unfortunately, people forget the terrible things that happened, like Kobe Bryant’s sexual assault allegations. Sure it was solved outside of court, but he was awarded contracts with brands like Nike and Spalding. In the words of “Bojack Horseman’s” Princess Carolyn, “People forget, it’s the best and worst thing about them.”

For Bojack, accountability is something he so desperately tries to grasp as a means to get better, and he does for the most part (he doesn’t admit a pattern, but admits that he isn’t a good person even though he wants to be). He needed to fall to his lowest point to prove that he isn’t as bad as people say he is. Naturally, this admittance turns him into the Antichrist according to the society in the show. He becomes a pariah that everyone hates. His family and friends (aside from Mr. Peanutbutter (a rival turned friend), and fellow pariah Vance Wagner) eventually distance themselves from him.

Being alone changes someone, and the show doesn’t fade to black like “The Sopranos,” “Breaking Bad,” or “Mad Men.” There are consequences to actions, and Bojack fully accepts and works through them. It is a bitter and realistic show that points out the problems with ‘Hollywoob’ unapologetically. This show is meant to give hope to those that struggle with their inner demons, but in a realistic way that can lead to true personal peace. The final season of “Bojack Horseman ” is how most shows dream of ending — emotional, passionate, hilarious, self conscious, with the character’s endings being slightly ambiguous but happy no matter what, hidden within a dream.

The show ultimately concludes where it started — away from the party, on a roof in the middle of a deep discussion wondering what happens next, hints from the opening title sequence lingering and echoing, revealing the dark side of what could have been, and what probably happened. Sometimes being an anchor for someone else can weigh one down, so you need to let go. This is one of, if not the very best, stories that exists because it doesn’t restart every episode on a clean slate. It’s real and more human than most people nowadays.  Please watch it, and make sure to pay attention.

Be the first to comment on "Bojack exits stage right"