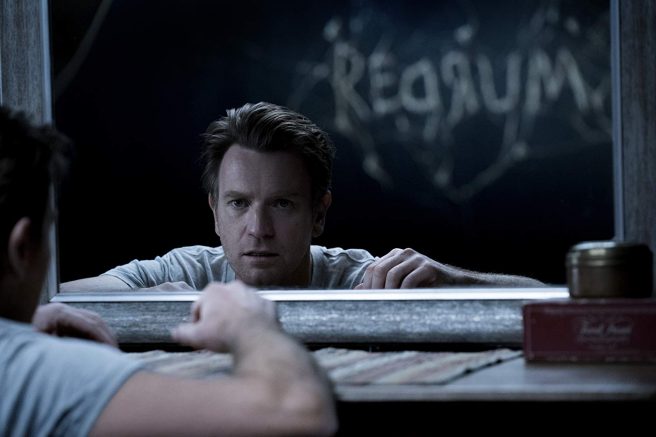 Nearly 40 years after the release of its predecessor, “Doctor Sleep” debuted on Nov. 8 and is the sequel to the critically-acclaimed horror classic and Stephen King adaptation “The Shining.” The film currently stands at a 76% on the Rotten Tomatoes meter and grossed $30 million in its opening weekend.

The plot centers around Danny Torrence (played by Ewan McGregor), a recovering alcoholic gifted with psychic powers that he refers to as the “shining.” Three decades removed from the events of “The Shining,” a grown-up Danny is reintroduced to the traumas of his past when he meets Abra (played by Kyliegh Curran), a teenager who also possesses the ability to “shine.”

What makes “Doctor Sleep” stand out compared to other modern horror films is its lack of cheap jump scares. Most of the popular, money-making horror movies today contain startling scares immediately followed by loud, obnoxious sound effects and music, which spectators mistake for actual horror. Instead, this movie relies heavily on imagery to deliver most of its frightening moments.

But while many might misconceive “The Shining” as a straight-forward slasher flick — largely due to Jack Nicholson’s axe-swinging scene towards the conclusion of the movie — it’s really more of a supernatural horror thriller. “Doctor Sleep” definitely explores the supernatural aspect a lot more, as many characters are able to “shine” in this film.

Viewers will be able to learn more about the “shining” here, as each character that possesses the ability has their own variation on it and uses it in different ways. Some characters can simply read minds, while others are able to control the minds of others. This makes the world-building in “Doctor Sleep” quite impressive and adds to the effect of the first installment.

Since the movie spends more time exploring the “shining” ability itself, it may seem more like a fantasy or adventure film at some points instead of a horror movie. There is still enough frightening and suspenseful scenes throughout to classify it as a horror film, but some might criticize it for not being “scary enough.”

Also, the antagonists of the film — led by Rose the Hat (played by Rebecca Ferguson) — are well fleshed out and developed, making them more compelling. Since the movie characterizes its antagonists so well, viewers can understand their motivations more, which makes them interesting.

Kyleigh Curran’s character, Abra, is also a bright spot in the movie. She portrays just the right amount of teenage innocence mixed with confidence, which it works very well for her character. While some child actors may be a little irritating and, in some cases, loathsome, Abra is one of the best parts of the film.

When a film is a sequel to a classic like “The Shining,” it may rely too much on fan service, making it not seem all that original. “Doctor Sleep” does have many callbacks to its predecessor, but mostly all of that takes place in the third act. So, while there is fan service, the sequel takes two acts to get to that point and it stands very well as its own movie until then.

Overall, “Doctor Sleep,” is a breath of fresh air and a break from all the cash-grab, horror movies out today. Its filled with great performances, compelling characters and, most importantly, it stands alone as its own movie while still appeasing fans of  “The Shining.”

Be the first to comment on "“Doctor Sleep” stands out well on its own, sidesteps traditional horror tropes"