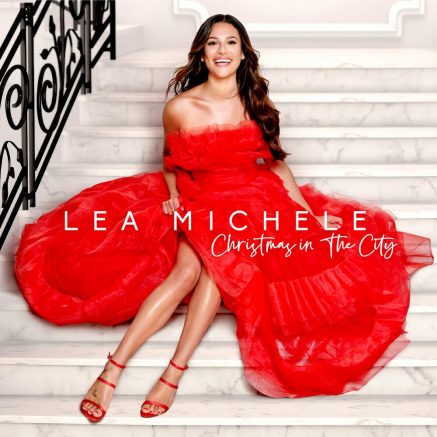 Lea Michele is best known for her role as Rachel Berry on the Emmy award winning hit musical comedy “Glee,” which debuted in 2009. The show placed a spotlight on Michele and launched her as an internationally known actress and singer.

Fans would call her a power-house vocalist and accomplished Broadway performer. Now, she shows her talent in her first ever Christmas album “Christmas in the City,” released Oct. 25 through Sony Music Entertainment.It has been two-and-a-half years since her last release “Places,” and it was worth the wait.

“Christmas in the City” is a wonderful, 11-track album with 10 holiday favorites and one unexpected original, co-written by Michele. Here, she is reunited with Alex and Andy Anders for this album, two producers who previously produced tracks for “Glee.”

The album follows the traditional Christmas sound, with jazz influence and a full orchestra band for some of the songs. Some of the softer ballads contain choral elements that provide emotional depth to the album. Michele is more of a polished, technical singer and this is absolutely where she shines, fully displaying her Broadway chops.

Going the more traditional route was a smart move for Michele’s specific style. At first listen, the album sounds unoriginal and over-done, but a closer ear reveals this album is entirely unique to Michele’s specific voice and fits her personality perfectly; poised, sophisticated and polished.

The album opens with a bang, the first released single, “It’s the Most Wonderful Time of the Year,” is done in the style of the original Andy Williams version. Although the instrumentals are similar, Michele always adds her own personal vocal twist. The powerful opener lets listeners know what to expect.

The next single “Christmas in New York,” is the only original song for the album and was co-written by Michele and her team. Once again, the song carries the traditional, full orchestra sound, but with Michele’s voice, it’s magical. This song gives a nostalgic feeling even if you’ve never been to New York, with gold nugget references to a bustling New York during the holidays.

“Santaland is ready to debut / When Macy’s is so packed you can’t get through,” and “Find me on Broadway or at the ballet / and I’m 5 years old again,” are memorable lines that make you want to curl up with some hot cocoa in front of a roaring fire, or plan a trip to New York for the holidays. Michele references Rockefeller Center, Radio City, Fifth Avenue and Central Park, all the quintessential topics of a wonderful walk through a white New York city.

Some of the quieter songs on the album are absolute gems and give listeners an unheard side of Michele’s voice. “Have Yourself a Merry Little Christmas” is soft and effortless. “Silent Night” is almost angelic and choral background elements provide a haunting, yet uplifting picture of Christ’s birth.

Without a doubt, “O Holy Night,” the closer, wraps up this album with a shiny, red Christmas bow. Michele said in a recent interview with Apple Music, the challenge for this specific song was making it bigger and better than the version she had done for “Glee” in previous years.

Michele wrote on a recent instagram story, “I definitely think we accomplished that.”

Michele absolutely nails this number and could easily be compared to a young Celine Dion, delivering a powerful vocal and taking the song to another level and really making it her own.

Although Michele has said in the past it’s been difficult to fully separate herself from “Glee” and prove herself a successful singer and performer, this album completely contradicts that. She is proving herself to be one of the greats, following in the footsteps of her number one idol, Barbara Streisand. Throughout this album, Michele has proven herself remarkable, free from the shadow of “Glee.”

The ‘Giving Season’ should be year-round

Damn, it feels good to be a gamer