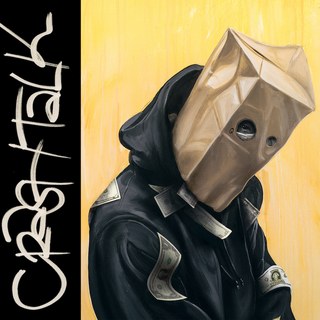 This is also ScHoolboy Q’s first album since the passing of his close friend and rapper, Mac Miller. Q said the album was initially supposed to be released in late 2018 but because of Miller’s death in September, he didn’t feel right dropping any music and allowed himself time to grieve. The murder of fellow Los Angeles rapper Nipsey Hussle on March 31 also made ScHoolboy Q push the album date back again one more week.

ScHoolboy Q, was born Quincey Hanley on a military base in Germany, and later moved to South Central Los Angeles with his mother. In a 2014 interview with radio station Hot 97, ScHoolboy Q said that he joined the 52 Hoover Street Gangster Crips at age 12 and started to sell hardcore drugs. Selling drugs, gangbanging and living his gangster Crip life in his teens are all common themes in ScHoolboy Q’s music and that doesn’t change in his fifth studio album.

In the first single, track four for “CrasH Talk” titled “Numb Numb Juice,” ScHoolboy Q tells the world that he is back in the rap game making music that he loves. In the song, ScHoolboy Q raps about his previous gangbanging lifestyle over a menacing beat made by Chicago producer duo, Nez & Rio.

In the song “5200,” ScHoolboy Q raps about his wealth, his previous gang activities and how that got him to where he is today. The song also includes additional background voices from Top Dawg Entertainment (TDE) labelmate Kendrick Lamar.

In the track “Floating” with 21 Savage, the two rappers tell listeners about their mental and physical health while being intoxicated from the drugs they consume that let them escape their state and makes them feel like they are floating.

On “Die Wit Em,” ScHoolboy Q discusses the things he did while being a Hoover Crip at such a young age and what he was willing to do with a gun at that time. The dark, violent song is similar to what would come off ScHoolboy Q’s third studio album in 2014 titled “Oxymoron,” that shot him up to fame.

In ScHoolboy Q’s third single and eponymous, “CrasH,” he raps about what his previous gang life means to his 10-year-old daughter, Joy. He also raps about how everything he does is for his daughter saying, “If I lose, she lose,” and “Where your father been you gon’ reach that.”

In an interview with GQ magazine, ScHoolboy Q talked about picking up golf and playing every day to battle his depression during the making of “CrasH Talk.” ScHoolboy Q also discussed how Kendrick Lamar and one of his other TDE labelmates, Jay Rock, convinced him that his third version of “CrasH Talk” was good enough to be released and how he felt the darkness set in himself after the passing of Mac Miller.

By just listening to “CrasH Talk,” some things have really changed for ScHoolboy Q over the years since putting out his last album, “Blank Face LP” in 2016. ScHoolboy Q is well past his former drug addiction and realized how important his daughter is to him during the making of the album.

ScHoolboy Q said on social media that the minute the album came out that this is the happiest he has ever been with an album dropping, and that he is “literally smiling ear 2 ear.”

ScHoolboy Q thanked his TDE family for keeping faith in him during the making of the album and especially for being by his side when his friends passed.

In “CrasH Talk,” ScHoolboy Q tells us that his life has changed for the better. Once a dope dealing Hoover Crip which we heard about in his first three albums, he is now a father who spends his time golfing all day, then in the studio at night aiming to free his mind while battling depression.

“CrasH Talk” reminds us how sometimes, whether big or small, everyone crashes at some point. It’s what we do to climb ourselves back to where we once were that makes us who we are.

Be the first to comment on "Rapper ScHoolboy Q golfs himself out of depression, drops “CrasH Talk”"