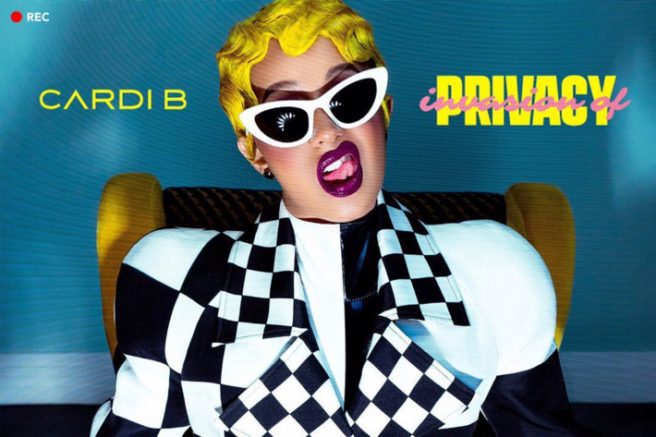 After a much anticipated wait, “Bodak Yellow” star Cardi B, released her first studio album: “Invasion of Privacy” on April 6.

At this year’s iHeartRadio Music Awards, Cardi B took home two awards, Best New Hip-Hop Artist and Best New Artist. At the end of her acceptance speech, the rap star announced that her album would be coming in April and for fans to “stay tuned.”

The 13-track album includes features from hit artists such as Chance the Rapper, Kehlani, 21 Savage, and SZA, to name a few. These featured artists created an even bigger buzz for the album because she collaborated with many popular names in the music industry.

I really liked the album overall, and I think Cardi B exceeded expectations for it being her first studio album. There are several songs on the album that people can relate to when it comes to going through relationship troubles, because she seems to be rapping about a previous failed relationship.

A personal favorite of mine off the album is “Thru Your Phone.” This song is a bit different from the rest, because she is singing along with rapping.

On the “Thru Your Phone” chorus, Cardi sings, “I went through your phone last night, saw some things I didn’t like,” followed by, “All I can see is you and her in different scenarios.” In addition to those hinted infidelity lyrics, Cardi raps in “Be Careful”, “You might have a fortune, but you lose me you still gonna be misfortunate.”

This song along with a few others such as, “Ring,” speculate Cardi and rapper boyfriend, Offset, might’ve been going through relationship problems as she hints in the lyrics of those songs.

In an interview with media executive and radio presenter, Ebro Darden, Cardi squashed the rumors pertaining to the track “Be Careful” being about Offset by saying, “I wasn’t talking about Offset, I was just talking about things that I relate to and that have happened to me. I heard the record before I was in love with Offset,” she said.

Many celebrities have publicly supported “Invasion of Privacy” since it dropped. Throughout the album, Cardi references and gives shout outs to artists such as Beyoncé, Rihanna, as well as model Chrissy Teigen.

On, “I Do,” featuring singer SZA, Cardi B raps, “They said by now that I’ll be finished, hard to tell. My little 15 minutes lasting long as hell, huh?” The doubts of her haters slowly faded as the album started climbing the music charts along with earning a ‘trending topic’ spot on Twitter.

“Invasion of Privacy” has recently debuted at number 1 on the Billboard 200 chart, according to Billboard.com.

Paget speaks about stress at ARC

The caucus system fails to deliver