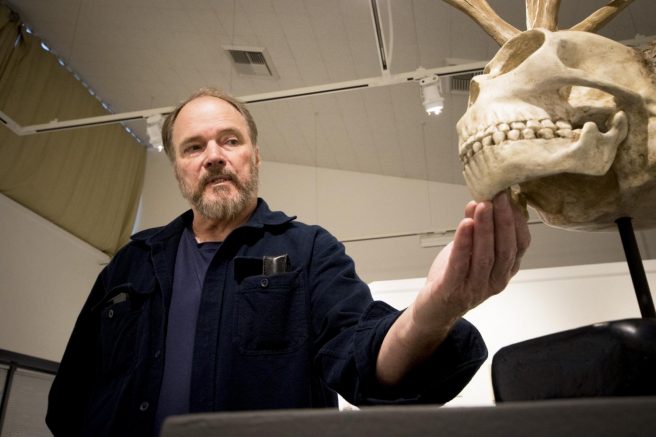 Over the course of Craig Schindler’s 50-year career as an artist his work has grown and adapted with him.

From capturing the political and cultural revolutions of the 1960s as a young man with his political cartoons to photographing his father’s final fight with cancer, Schindler has created a powerful and expansive oeuvre covering some of the most impactful decades of American history.

And now a collection of his most recent work is on display at American River College’s Kaneko Gallery, a familiar setting because Schindler has spent the last 12 years as an instructor of art here on campus.

“You see potential happening everywhere and it’s really invigorating to see somebody that you think you’ve gotten jumpstarted. You see the lightbulb go off. That’s what I love about teaching.” -Craig Schindler

Schindler has taught several different art classes at American River College during  his tenure, with courses ranging from drawing and painting all the way to digital photography and ceramics. But Schindler is now preparing to leave his long-time professorship to pursue a career selling his own art.

Although he is unsure when he will retire, Schindler says he knows that his days at ARC are nearly at an end.

“In the late ‘80s, right after I got out of school, California went into a steep recession. Full-time positions dried up and so did part-time positions,” Schindler said. “So there I was eating popcorn and peanut butter sandwiches looking at the wall and thinking to myself, ‘My rent’s going to be tough to meet this month.”

But Schindler was able to turn his artistic skill set into a job working for the grocery store Bel-Air’s advertising department. This eventually blossomed into a 20-year career, which only ended when Schindler decided to retire to go into teaching full-time in 2005. 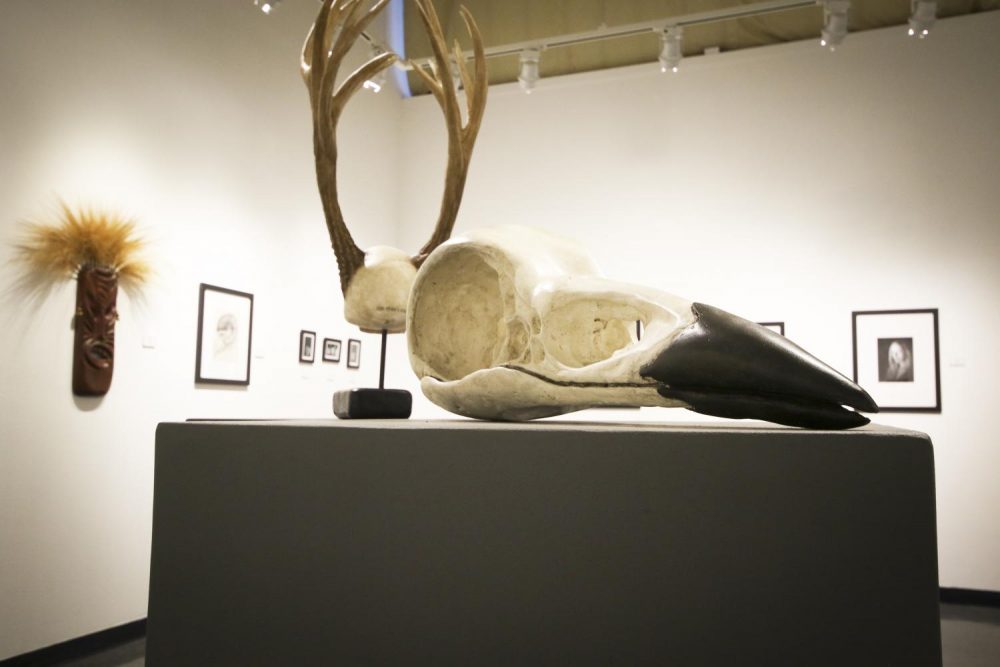 “I’m retiring my second profession, which is teaching, to go into my third profession which is full-time artist,” Schindler said. “I enjoy working with you guys, the students, a lot. So teaching to me is still work but I’d much rather have done that than advertising for 20 years.”

Schindler says that what he will miss most is his students

“You see potential happening everywhere and it’s really invigorating to see somebody that you think you’ve gotten jumpstarted. You see the lightbulb go off. That’s what I love about teaching.”

“Oh hell no, I’m not done yet. Not by a longshot. Four years ago, I did my first sculpture. I never saw myself as a sculptor but I got a lot of encouragement from friends and family so I thought ‘what the heck, I’m going to give it a try.’ I just found a real love for it.” -Craig Schindler

Schindler says he is looking to continue doing just as much work as he did when he was actually working.

“Oh hell no, I’m not done yet. Not by a longshot,” Schindler said. “Four years ago, I did my first sculpture. I never saw myself as a sculptor but I got a lot of encouragement from friends and family so I thought ‘what the heck, I’m going to give it a try.’ I just found a real love for it.”

According to Schindler, the “turbulent” times we now live in have inspired him to go back into the kind of passionate art he was making as a young man in the middle of the Free Love movement of the late 1960s in San Francisco.

“I was quite an activist in the ‘60s and early ‘70s. Those times were really turbulent. We had the war in Vietnam, we had Nixon, civil rights, gay rights, women’s rights. We had all of these things converging at once and I see that kind of repeating itself again,” Schindler said. “It’s actually inspired some of the art that I’m showing at the Kaneko.”

And as Schindler’s last show at the Kaneko draws near its end, the artist knows that even with the uncertainness of the future, he will find a way to keep making the art he has made for the last 50 years.

“I’ve been drawing and painting since I was a pubescent actually, maybe 7 or 8,” Schindler said. “I love art and I love doing it. I’ve been able to make a living doing it and I hopefully can keep doing that after I retire.”

2 Comments on "Professor holds final show before retirement at ARC"