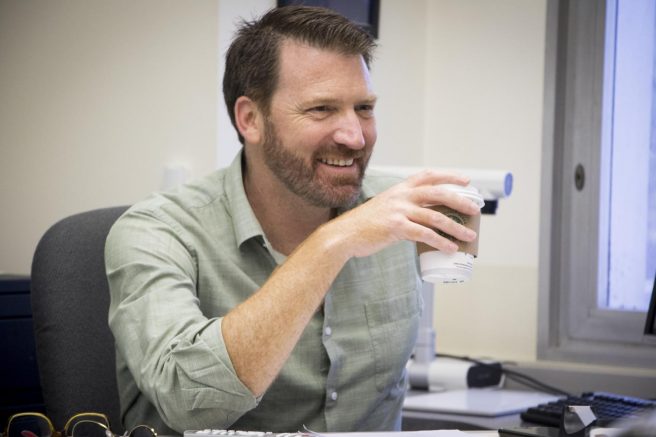 American River College’s English Department has created a program unlike any other in the country.

ARC is now home to the nation’s only community college-based university-style literary press and it is accepting submissions from all over the world, and opening its doors to students that want to partake in the book editing process.

Ad Lumen Press was founded in 2013 by ARC professor and author Christian Kiefer. According to English Professor and Ad Lumen Editor Michael Spurgeon, Kiefer had to campaign the school and the district to open up the press. 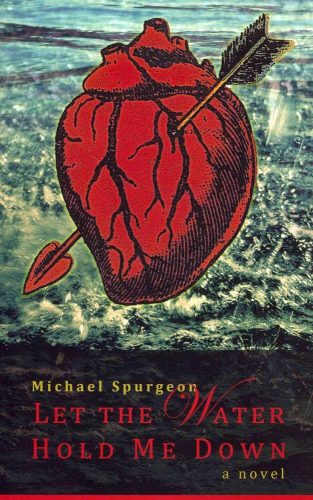 “Let the Water Hold me Down,” by American River College Professor Michael Spurgeon was the first book published by Ad Lumen Press.

“One of the ways he convinced the president of the college and the chancellor of the district to let him do a press, was by taking my book [Let the Water Hold me Down] and saying this is the kind of quality stuff we’re going to be publishing,” Spurgeon said.

In its infancy, the press was run entirely by a staff of volunteer faculty members that oversaw the editing, design, printing and production of every manuscript.

“It started off by [Kiefer] finding manuscripts he was excited about,” Spurgeon said.

One of those manuscripts was that of ARC English professor Lois Ann Abraham’s novel: “Tina Goes to Heaven.”

“Kiefer said to us [the English department], ‘this summer, let’s all write novellas.’ The only rule was that it had to have the word Napoleon in it. So I wrote ‘Tina Goes to Heaven.’ Nobody else wrote their novellas,” Abraham said. “Kiefer said, ‘there’s not much you can do with a novella, so I decided to turn it into a novel.”

According to Abraham, one of the main goals of Kiefer’s editing process was to preserve the writer’s style and voice.

“He would point out every possible thing that somebody would have a problem with,” Abraham said. “I took some of his suggestions, and I didn’t take others. [Kiefer] didn’t seem to mind, he wanted it to be my book.”

Now, however, the editing process has shifted into an entirely different system.

“When we first pitched the press, the college president bought into it but said, ‘at some point, I want a curricular component. I would like students to be involved,’” Spurgeon said. “So we designed a class called the Literary Publishing Class.”

In the fall of this year, the class finally opened its doors to students.

Much like the American River Review, ARC’s annual literary magazine, students of English Creative Writing 455 read and critique all submissions sent to Ad Lumen before finally selecting three to five manuscripts as finalists to potentially be printed.

“When we first pitched the press, the college president bought into it but said, ‘at some point, I want a curricular component. I would like students to be involved.’ So we designed a class called the Literary Publishing Class.” -Michael Spurgeon

From those selected manuscripts, only one or two will be sent for final review by the editorial board where the final decisions to publish or not will be made.

“Our focus is emerging writers. They may have published a book or two before, but they aren’t household names,” Spurgeon said.

While Keifer and the rest of the editorial board still sometimes actively look for specific writers to submit their work, they have also started hosting open submissions on their website.

“One way we find writers is we go out and we look for them… we invite somebody,” Spurgeon said. “We also have a separate process. From May 15 to August 15, on the website, we have a submission form. Basically, any emerging writer from around the world can submit a manuscript to the press.”

They currently have 53 submissions from writers all over the world that the students of ENGCW 455 will be going over for the remainder of the fall semester.

Each student must read the first couple of chapters of a manuscript before they come to class where they then have an open discussion with their peers about the quality of the work. It is during these discussions that students can openly praise what they like about a submission or say what they dislike.

Assistant to the Editor and student Samantha Daniels said that the process, while fairly democratic, comes with the caveat that Spurgeon has final say on whatever gets approved or not. Spurgeon jokingly refers to himself as a, “benevolent dictator.”

“He does have that ultimate say. If he really wanted to, he could forward whatever [to the editorial board]. But I think he understands how to use his power,” Daniels said.

“We have to be aware of our biases and we can’t let them get in the way. I have my biases, but despite these biases I can still acknowledge the plot is good, or the characters are good. You can still articulate and say you don’t particularly like certain types of stories or genres but without saying it’s a bad book.” -Samantha Daniels

The submissions currently awaiting approval all have a wide variety of genres and writing styles. Daniels said that one of the important skills everyone in the class has to possess is the ability to set aside personal bias.

“We have to be aware of our biases and we can’t let them get in the way. I have my biases, but despite these biases I can still acknowledge the plot is good, or the characters are good. You can still articulate and say you don’t particularly like certain types of stories or genres but without saying it’s a bad book,” Daniels said.

Once the fall semester comes to an end and the class has decided on what works will be submitted to the editorial board, it then begins a whole different process of contract discussions with the authors.

“We have a very favorable contract for the authors. We don’t pay an advance but we give them a 50/50 split once we cover the cost of printing the book. Usually [with bigger publishing companies] it’s an 80/20 split with the publisher getting the 80 percent,” Spurgeon said.

The money that Ad Lumen then collects goes towards paying Daniels and the operating costs of the press. None of it goes to the editorial board, as they are all still volunteers.

“It helps to pay for the staff and by staff I mean the student employee [Daniels] who works 10 hours a week. None of the faculty get compensated for that. We’re all just doing it because we think it’s a cool thing to do. So all of the money goes towards that or printing the next book,” Spurgeon said.

The submission window will open again in the summer of 2018.